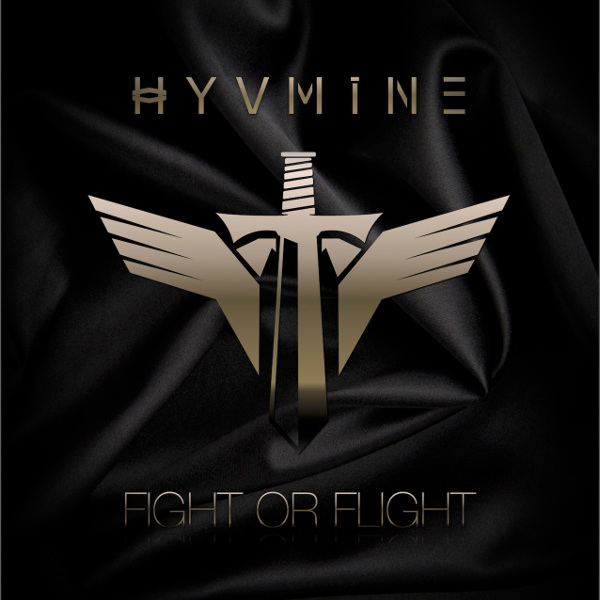 I am by no stretch of the imagination or definition a metal head. I went through a brief phase as a teenager where Black Sabbath was one of my favorite bands, but it had passed by the time the style had differentiated itself from what had been called hard rock. And I certainly missed out on the whole NWOBHM thing — I was aware it was going on, but found the cartoonish Halloween imagery that much of it favored just plain silly and the music unchallenging at best. But I’ve never been one to dismiss music simply by what section of the store it’s sold in, and I like to think I can recognize quality regardless of how it’s marketed. Hyvmine is a band led by guitarist Al Joseph, a Berklee alumnus with a reputation for creative shredding. Earlier this year, Joseph and company released Earthquake, their first full album, and now comes Fight or Flight, an EP-length release said to represent the more progressive side of the band (as opposed to the more mainstream rock of the album). I haven’t heard Earthquake, but I’ll certainly say that Fight or Flight is a worthy effort. These three tracks — just over a half hour — kick butt intelligently. “Coupe de Grace” (spelled “Coup de Grace” in some places — I so wanted it to be some kind of pun) features pummelling drums, chugging rhythm guitar, slapping bass, and strong vocals, but includes keyboards in uncharacteristic ways, with mallet-like arpeggios and smooth strings. It makes me think of what you’d get if Living Colour had recruited Larry Fast to play on Vivid, bringing in some of the sounds he used on Peter Gabriel’s Security. Works for me. The other two tracks both top the ten-minute mark, and to my ear (admittedly inexperienced in this field) sound like a more progressive Metallica with added keys. “The Epicoustic” has some nice acoustic guitar with subtle synth flutters in the background, building up to some great electric guitar work combined with a metal rhythm section and more sequenced synths. “Feather Bed” is another example, the longest track and the one with the most prominent synths. Flashy guitarists are a dime a dozen these days, and while Joseph’s playing is great, I don’t hear much to put him above dozens of other virtuosos. It’s the quality of the music that makes Fight or Flight good, not how fast he can toss off weird scale inversions.

Biota - Half a True Day – Colorado Art colony Biota continues to make strides in their first new collaboration in over six years. Since their last recording, the European folk elements have been put in the background in favor...  (2008) » Read more