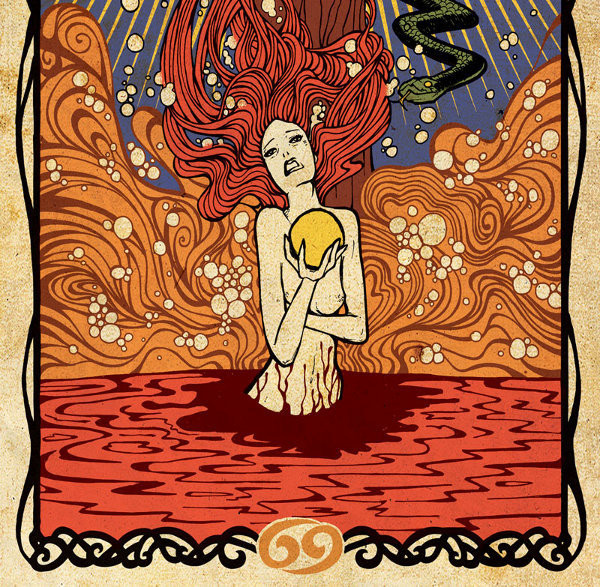 It’s been a a few years since we reviewed this Belgian band’s previous effort, The Eclectic Measure, but this latest release Legacy (also available as a double-LP) is proving to be well worth the wait. While operating solidly in the psychedelic hard-rock vein with fiery guitar leads at the fore, the quartet incorporates some vintage proto-prog sounds, jazz informed elements, and a touch of that early 70s art-rock classicism that fueled classic bands like early Crimson and Van der Graaf Generator. Multi-instrumentalist and singer Steve Houtmeyers is the driving force behind the band’s music and lyrics, supported by drums, bass, saxes, flute, brass, and a standard classic keyboard lineup: Moog, Hammond, Mellotron, and Fender Rhodes. The opening 18-minute multi-part suite is a flat-out stunner, but the excitement doesn’t end there. Houtmeyers’ somewhat idiosyncratic vocals take the band right back to the apex of the early 70s British hard-rock sound, while the players weave blistering guitars, vintage keys, and saxes over a tight rhythm section, with occasional forays into somewhat softer, jazzier, and psychedelic territory that might at times remind of post-Barrett soundtrack-era Floyd. Nowhere is a Floyd comparison more evident than on the acoustic guitar driven “The Sad Destiny We Lament,” which even hints at Floyd’s mid-70s post DSOTM sound. The disc closes with another 18 minute multi-part monster that wanders all over the vintage rock map. Listeners who appreciated the retro-sound of bands like early Anekdoten, Änglagård, and such might do well to check this band out.