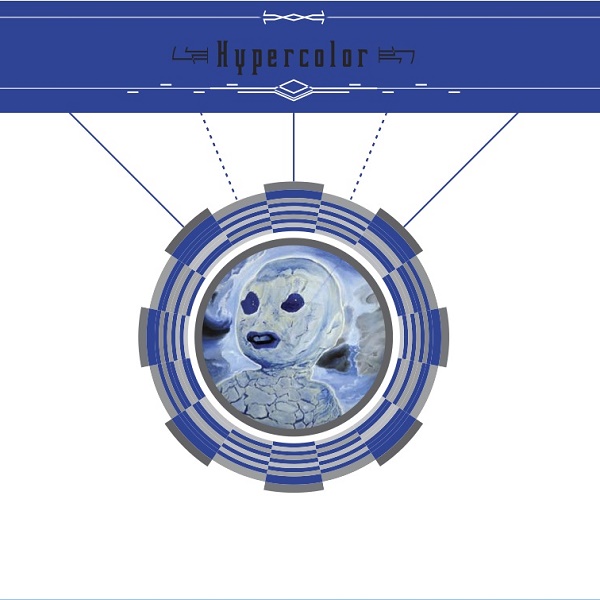 Remember punk-jazz? You know, Material, James Blood Ulmer, that kind of thing? Hypercolor operate in the same general sound space as that, with a free ranging sonic assault featuring wild electric guitar (Eyal Maoz), adventurous bass (James Ilgenfritz), and hyperactive drums (Lukas Ligeti). The guitar parts, even the “composed” ones, often include unconventional techniques, so a sequence of notes and weird sounds will function as a melody, even though it’s not something that could be transcribed and played on a different instrument. They apparently developed complex arrangements of the pieces and then played them “completely wrong,” treating them as source material for improvisations rather than reproducing them precisely like a typical fusion band. Whatever their method, the result is a refreshing take on electric jazz, unpredictable and original, though not without references to the old No Wave scene. There is some of the craziness of Ahleuchatistas, but with a jazzier bent and less mathematical flavor. Over the course of the album, Maoz’s guitar will likely draw the most attention, but the very first sound we hear is Ligeti’s ridiculously fast warped funk pattern on “Squeaks.” Throughout the tracks, he manages to play quite busily without coming of as overbearing or showoffy, perhaps because the other two keep up with him, but also because all three have a fine sense of space. Ligeti may be playing a mile a minute, but he does it like a jazz drummer rather than a rocker: more Tony Williams than Neil Peart. One of the highlights of the set is “Little Brother,” at nearly 11 minutes the longest track. It starts out very quietly, with eerie bowed bass and subtle noises from the guitar, then slowly builds into a driving 7/4 anthem. After that catharsis, they finish off the CD with “Quixotic,” the mellowest track, which might be described as their take on the old jazz ballad form. It’s full of twists and turns — nothing is played straight here — but provides a calm and satisfying ending to the set.

Adachi Kyodai - Xianshi – Sort of like Guitar Craft gone wild, these two exceptional sibling guitarists Source K and Ryusuke that make up Adachi Kyodai offer some high-intensity listening as they intertwine their strings and...  (2008) » Read more