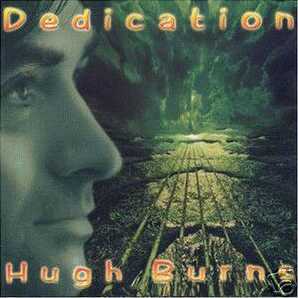 For those of you who don’t know him, Hugh Burns is a much traveled and in- demand session guitarist who has played with the likes of Wham, Gerry Rafferty, and Jack Bruce. He is also involved in the low-key European fusion group The Lonely Bears with Jeff Beck sidemen Terry Bozzio and Tony Hymas. These two solo discs find the crafty guitarist in two distinct modes, one more latin MOR and the other in a more suitable acoustic style. Dedication is a blend of Spanish influences, which segues between pop-jazz (as on “Havana Nights”) to feel-good pieces (such as “We Belong Together”) for the first half of the album. Stylistically, this portion of the disc is something that would appeal to fans of Earl Klugh. Surprisingly, the disc starts taking an interesting twist with a Ralph Towner cover, “Serenade.” The remainder of the disc picks up momentum based on Burn’s crafted approach and nimble fingers.

Mindwash fares better overall, since the collected tracks are built on several moody and semi-classical endeavors. Most of the twenty tracks clock in at just around two and a half minutes except for “Renaissance,” a new rendition of a traditional jazz piece, and the album’s closing romp, “Closing Time.” The end track is characterized by a picking style similar in approach to that of Towner or even Jan Akkerman. Most of the songs are light but adept excursions, with subdued dexterity that contrasts to the work of Jim Hall or Pat Metheny’s melodic early solo work on ECM. Overall the two discs together indicate a wide span of influences and musical template for Burns to strut his wares and make inroads into both latin easy listening and acoustic markets.