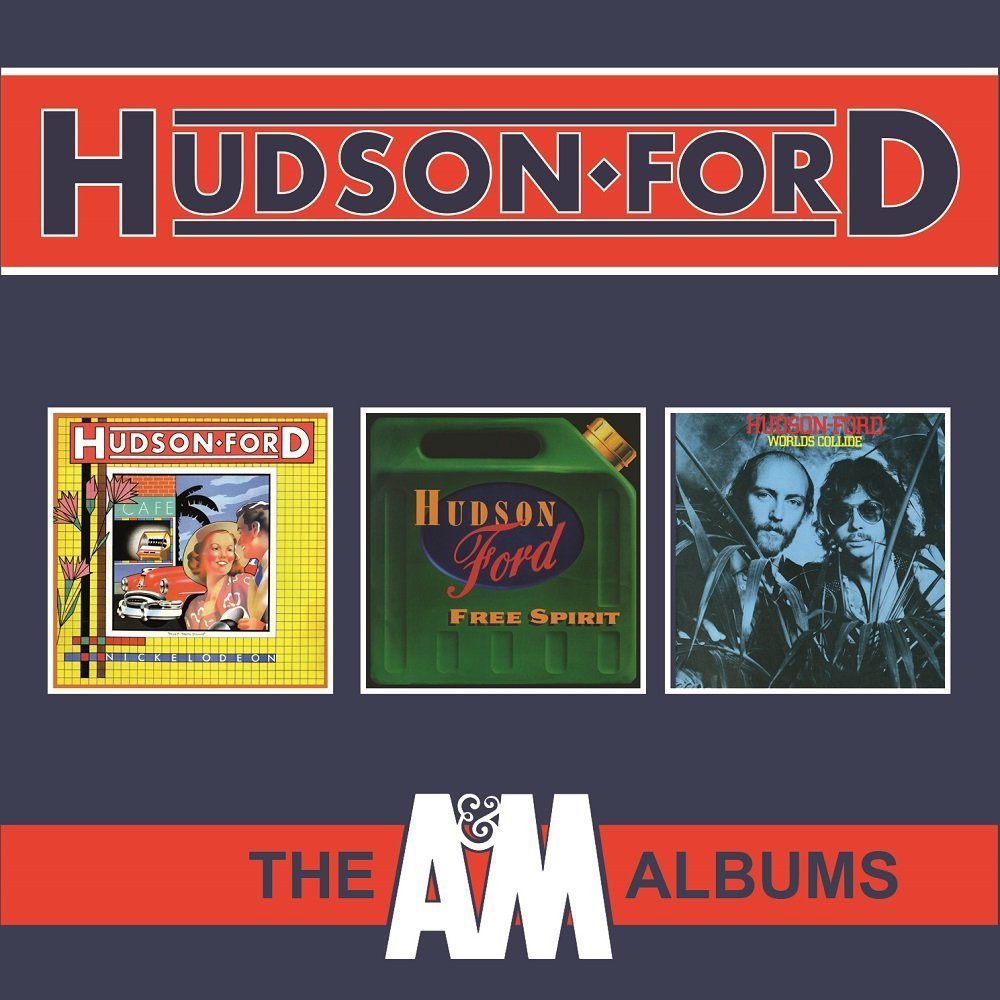 Richard Hudson and John Ford (drums and bass respectively) began as the rhythm section of Elmer Gantry’s Velvet Opera, who later, sans-Elmer, with the addition of guitarist and singer Paul Brett became simply Velvet Opera, recording the LP Ride a Hustler’s Dream in 1969. Hudson and Ford, sharing vocals along with Brett, wrote much of the material for the band. Their break came when Dave Cousins and Tony Hooper of The Strawbs were looking for a more electric sound for the band following the Dragonfly album (on which Brett had played), and thus Hudson and Ford were recruited, along with keyboard player Rick Wakeman, making the Strawbs a five-piece, all first appearing on their third album, 1970’s live set Just a Collection of Antiques and Curios, as well as their next three albums, through 1973’s Bursting at the Seams, where Hudson and Ford together authored the Strawbs only-ever top-ten hit “Part of the Union.” Strawbs were quickly becoming a band with too many prolific songwriters in their ranks, and that pressure was felt, causing Hudson and Ford to break out on their own, and following their successes with the Strawbs, A&M records was fully supportive.

The clamshell box set at hand contains all three albums that the duo recorded for A&M Records in the mid-70s, along with all the associated single A and B sides along that journey. The first of these, Nickelodeon, was released in late 1973. Hudson is now playing acoustic and electric guitars and singing, Gerry Conway (ex-Fotheringay) was brought in to replace him on the drum kit on most of the album’s twelve tracks. Also featured are Rick Wakeman on harpsichord and piano, Chris Parren on piano and clavinet, Mickey Keen on lead and steel guitar, and others. Their sound pretty much picks up where they left off with the Strawbs, offering a full folky-rock sound and great songwriting all around. Numerous standouts include “Pick up the Pieces,” “Take It Back,” and “Angels.” The three bonus tracks include the single version of “Take It Back” and the thoughtful “This Is Not the Way (To End a War or to Die).” The duo’s next endeavor, released in 1974, was the aptly titled Free Spirit, the group now resembling a five-piece band rather than a collection of studio musicians, with Chris Parren doing all the keyboards now, Mickey Keen playing all guitars, and Ken Laws replacing Conway on the drum kit. The album contains only eight tracks this time (plus two bonus tracks), songs stretching out a bit more, with the opener “Take a Little Word” (strangely reminiscent of Yes) approaching the seven minute mark along with “I Don’t Want to Be a Star,” and “Silent Star” almost reaching the nine minute mark. Of the three albums, this one is transitional, where they still embrace much of the folkiness of the debut, but start to rock out a bit more, adopting the freedom that comes from being a working band. The third and final A&M album, released in 1975, is Worlds Collide, perhaps the most rocking of the three; the band is now a four-piece, as before but without Mickey Keen, with Richard Hudson now handling the lead guitar duties. Many of the tunes here feature brass and strings, with Dick Morrissey (from If) playing saxes on a couple of the cuts, and John Mealing doing the string arrangements. The three opening tracks, “When Worlds Collide,” “Mechanics,” and “When Love Has Overgrown” set a solid foundation for the remaining seven, right out to “Mile High City” and “Keep Me Rolling” – every song here is a winner. When one listens to this album, it’s just bewildering how these songs weren’t enough to propel the band higher, the album is as strong as they get, but then again, musical tastes were changing in late 1975. The bonus tracks include “When the Lights Go Out,” a tune from the third album sessions that was only released on the band’s little known sampler album Repertoire. Hudson-Ford would be back one more time in 1977 with Daylight, an LP released on CBS, so it’s not included in this set. All said, it’s great to have these three classics available on CD in a single set at an affordable price.