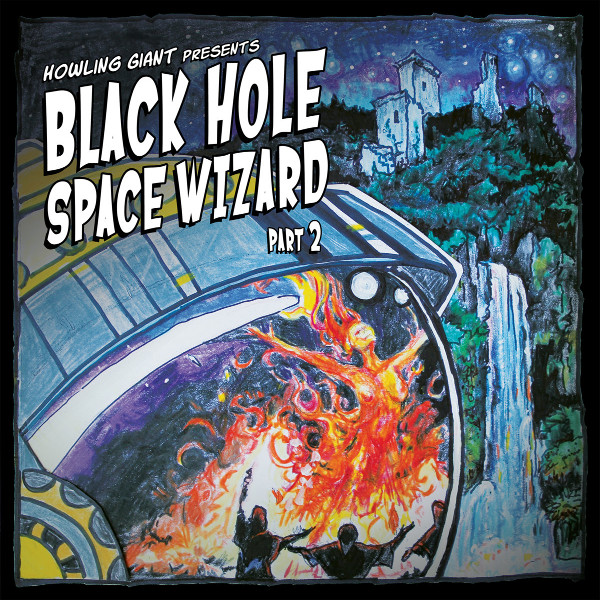 What is the sound of a howling giant? I immediately picture the huge warriors supporting the Wildings as they storm the Wall in Game of Thrones, an intimidating sonic reverberating cacophony. Nashville’s Howling Giant, formed by three musicians obsessed with all that is fuzzed-out, riffed-out, and heavy to compose cosmic odes to space travel, does not quite reproduce the thunderous impact of the Wildings’ attack, but that really does not matter. In August 2016 they debuted part one of their Black Hole Space Wizard concept record series. One year later on August 25, 2017 they released part two, an EP of six cosmic progressive travels of "The Pioneer” as he continues his quest for self-discovery and purpose with the remnants of humanity on a post apocalyptic Earth. The EP opens with “Henry Tate,” with a simple slow four-note repeated phrase, distorted guitar, and heavy bass riffing that builds to a climax with some barely discernible voices. Could this be some kind of incantation? Then they return to the four-note phrase to close the track. The next is the excellent song “The Pioneer,” that sounds like stoner rock meets Hawkwind and even includes a sci-fi movie dialog snippet. “Visions” follows, but these are probably not the type of visions you would welcome. Heavy bass, howling guitar, galloping drums, and even some a cappella singing provide a ponderous and scary vision of devastation. Then we are treated to a soothing instrumental of acoustic guitar and a woodwind (clarinet or sax?) on “The Forest Speaks” that leads us deeper into the wild and the “Circle of Druids.” Approaching the circle we hear processed alien voices, rapid guitar pyrotechnics, and something akin to an amalgam of Black Sabbath, Ozzie, and Hawkwind. The EP closes with “Earth Wizard,” seven and a half minutes of pure blissed-out downer space rock. Midway though they kick up the tempo for an extended guitar and bass jam, eventually slowing back down for the outro. This EP is perfect for space rock fans.