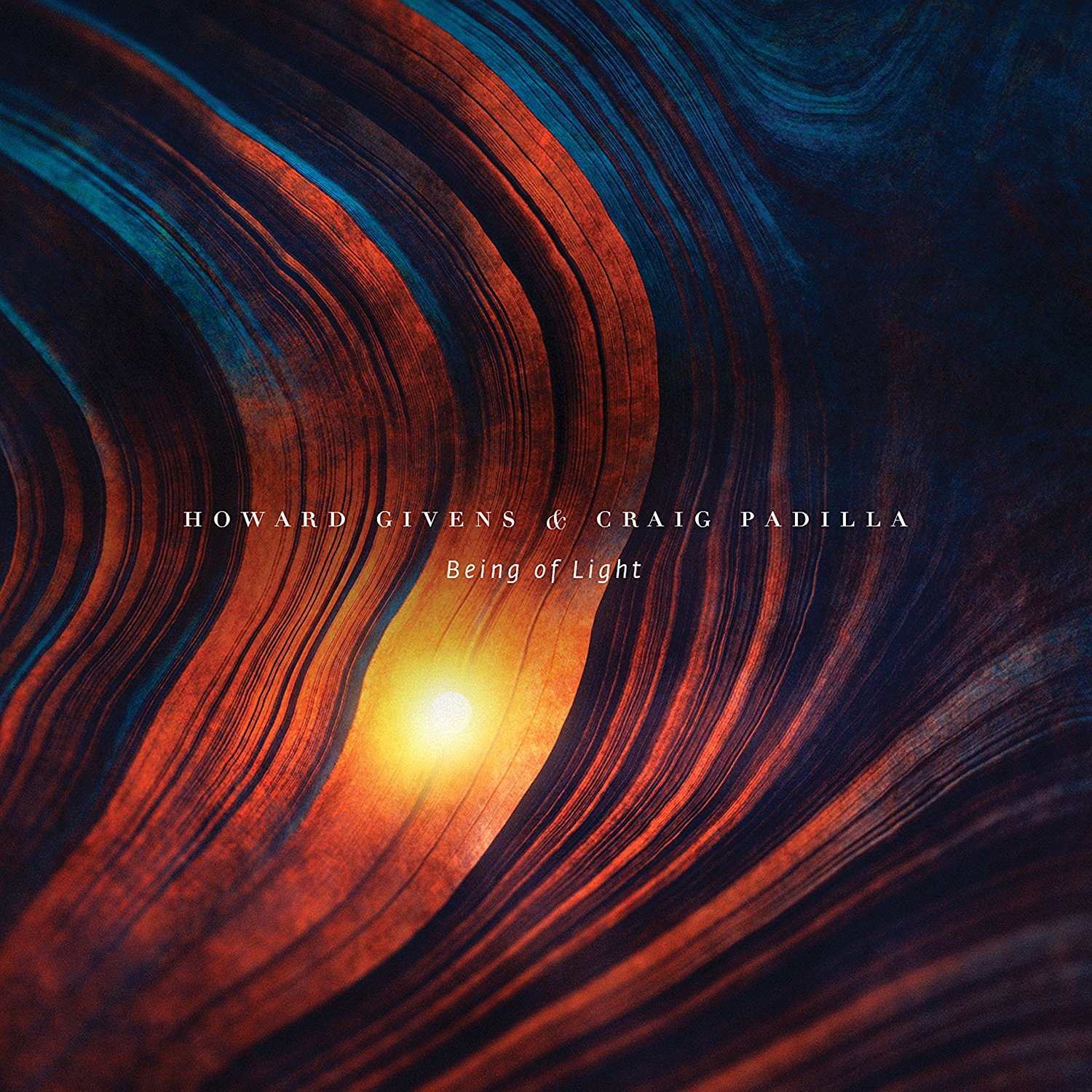 Craig Padilla has been composing long-form deep space epics for over twenty years, with over two dozen releases to his credit; his first release for the Spotted Peccary label was the ambient masterpiece Vostok way back in 2002, with at least six more releases for the label in the years since. Howard Givens has an even longer career going back thirty or more years, but without nearly as many releases, though he is the founder of the Spotted Peccary label (their very first release was his project Brain Laughter's In the Land of Power) and produces and engineers nearly all of the releases on the label, as well as for other artists in a similar vein like Steve Roach. This is the duo’s second collaboration, the first being 2015’s essential release Life Flows Water. The release at hand, Being of Light, is an expansive widescreen ambient panorama that moves forward at a measured pace, but remains full of electronic subtleties and beautiful washes of harmonic color, primarily electronic but punctuated with acoustic and electric instrumentation (piano, guitar) and mysterious and mesmerizing textures borne of modular synths and visionary studio techniques. The disc opens with “Clearing the Mind,” a mostly electronic piece that builds itself slowly over its thirteen minutes around two repeated chords played on a grand piano, which by the end becomes the backbone of the piece. Following that, we have the nearly fifteen minute “Threads of Thought” that stretches out to further horizons, now introducing the electric guitar into the mix with a dreamy wash of synths. The album’s centerpiece is the 30+ minute aptly titled “A Contemplative State,” a deep reflective wall of interacting elastic synth threads that is constantly in motion yet still capable of inducing a near-dreamlike state if that’s where the listener chooses to go, though this disc can be experiences on many different levels. The title track closes the set nicely, ten minutes of slow evolution and expansive states that are at once deep, captivating and stunningly beautiful.