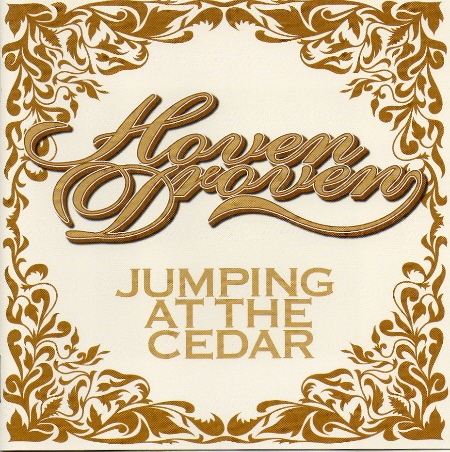 In the whole Nordic Revival of the last decade (or is it just one record label?), there’s traditionalists like Väsen and JPP, and there’s dabblers in electronics like Hedningarna and Sorten Muld, and there’s Hoven Droven, the real rock band of the bunch. They’re the Swedish counterpart of Scotland’s Wolfstone or (going back a bit) Ireland’s Horslips or (going back a bit further) England’s Fairport Convention. But you have to throw in a bit of the Pogues’ punk attitude to get the picture, and even then you’re only approaching the territory. The band features a triple front line of guitar, fiddle, and saxes along with an aggressive rhythm section of thunderous drum and vicious bass. There are some quieter moments where it calms down for a bit, but electric energy is what these guys are all about, and this live set captures them at their best. It’s nice to hear something from Sweden that could be described as heavy but doesn’t involve any mangled throats or Satanic prayers. Maybe this music shouldn’t work, and it’s a testament to these five guys’ talents that it does; you probably wouldn’t think of it on your own, but once you hear it, it all makes sense. Some of these melodies have survived for centuries on the merits of their ability to stick in your brain, so it should come as no surprise that they can make the transition to electric rock with ease. You know how nearly every rock concert at some point features someone yelling from the stage, “Are you ready to ROCK?!?” Hoven Droven gets the same effect with, “Are you ready to WALTZ?!?” After which they proceed to play perhaps the loudest waltz in the history of recorded music, complete with an absolutely screaming electric wah-wah violin. Simply stunning, and more fun than a barrel of meatballs.