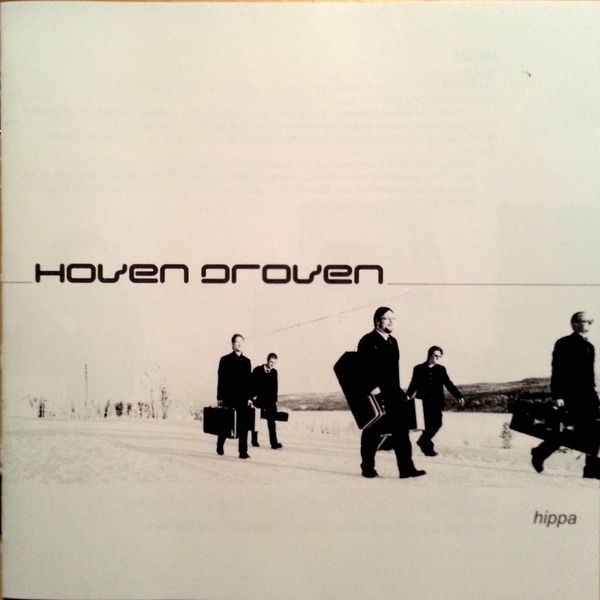 Well, I'm not sure I wanted a "kinder, gentler" Hoven Droven, but that's what we've all got on their 2001 release. It's not entirely acoustic, though the electric guitar is rather subdued, appearing only here and there, and fiddles and sax take the lead roles. Drums, while often present, never approach what you'd call rock. It's a pleasant enough album, with catchy hummable tunes and that peculiar Nordic way of being both lilting and melancholy simultaneously, but it does significantly lack most of the things which make Hoven Droven special to me. As long as this turns out to be a diversion rather than a new direction, and the band either returns to their previously aggressive mode or moves on to something new which is equally exciting, Hippa will seem like a quiet diversion. If it signals a new direction, however, they run the risk of disappearing into the bulk of the Nordic revival, another good but not outstanding proponent of Swedish traditional music slightly reinterpreted. Even the heaviest rock musicians sometimes take an afternoon off from the noise, so I can't begrudge these guys this set, and I won't hesitate to recommend it to fans. If you haven't heard Hoven Droven yet, I'd recommend starting with one of their first two albums – unless you're coming at the band from the folk side rather than the rock side, in which case you can start here.