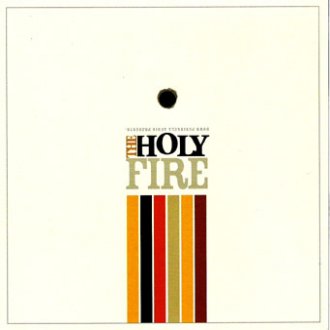 A bit of an odd fit for Exposé, the Holy Fire is a balls-out, energetic four piece from Detroit who recorded their inaugural EP in Toronto. The tracks are all in the three minute range and run one into the next without pauses. Although the nervous energy is New Wave-ish, there is more of a post-rock sound here with wall of feedback riffage and a driving rhythm section. A bit like Talking Heads meets GY!BE, which means they end up sounding just a little like some other trendy band with “Fire” in their name (OK, forget cleverness: I’m referring to the Arcade Fire). The vocals are the main difference, not particularly affected and well suited for radio play. Followers of current music won’t be particularly surprised by the contrast of desperate, downbeat subject matter and the upbeat, energized delivery. The closing “Lehman’s Lament” is a scorching instrumental. I wonder why they sent this to us of all magazines. Anyway, at six tracks totaling 19 minutes it’s a short one; you can get the EP from their web-site for seven bucks. If it’s been a while since you picked up a kick-ass rock album, the Holy Fire will annoy the neighbors and confound your kids. And if nothing else, they now have one more fan.

Nash the Slash - Nosferatu – I’ve always had a weak spot for Nash the Slash. His goofy horror-show imagery and violin showmanship just bring a smile to my face. A soundtrack to the silent film classic Nosferatu, one of the...  (2001) » Read more