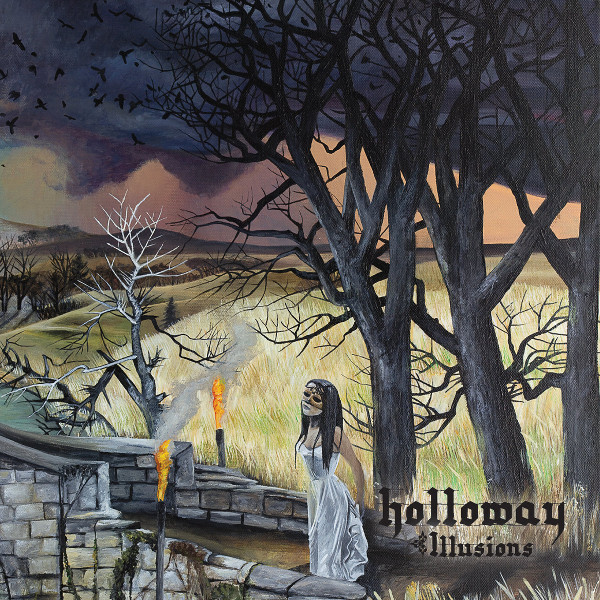 Holloway is a new band from Michigan, currently operating as a quintet, though the band that recorded this debut was just the threesome of Ross Morgan (guitar, vocals, drums), his brother Josh Morgan (bass, programming), and Shawn Julien (guitars). There’s a maturity and polish in the music that belies the group’s relative lack of experience, though they have quickly gained attention in the dark metal scene, even securing the assistance of Swedes Per Bergqvuist (Closer) on guitar and Jens Bogren (Opeth, Katatonia) for the final mastering. From the moment he opens his mouth on “Non-Inception” through to closer “Torchlight” it’s clear that Ross Morgan isn’t your typical metal growler. He has a clear, accessible delivery that reminds me of Enchant’s Ted Leonard and Overhead’s Alex Keskitalo. Fans of melodic metal groups like Opeth and Pain of Salvation will find much to enjoy here, as will those who enjoy Enchant’s more recent, harder-edged fare. But what should impress even non-metal heads is that the band can comfortably take a step back, as on “The Current” or “May My Actions Be Unseen,” demonstrating a capacity for a broader stylistic range than many of their peers. But make no mistake: at their core this is a metal band and when the pedal gets pushed to the floor, as on “Teeth and Tongue” or “The Gauntlet,” they are totally uncompromising in their generation of blistering, overdriven fusillades. Simply put, Halloway have delivered one of the best metal albums in ages — keep an eye on them.