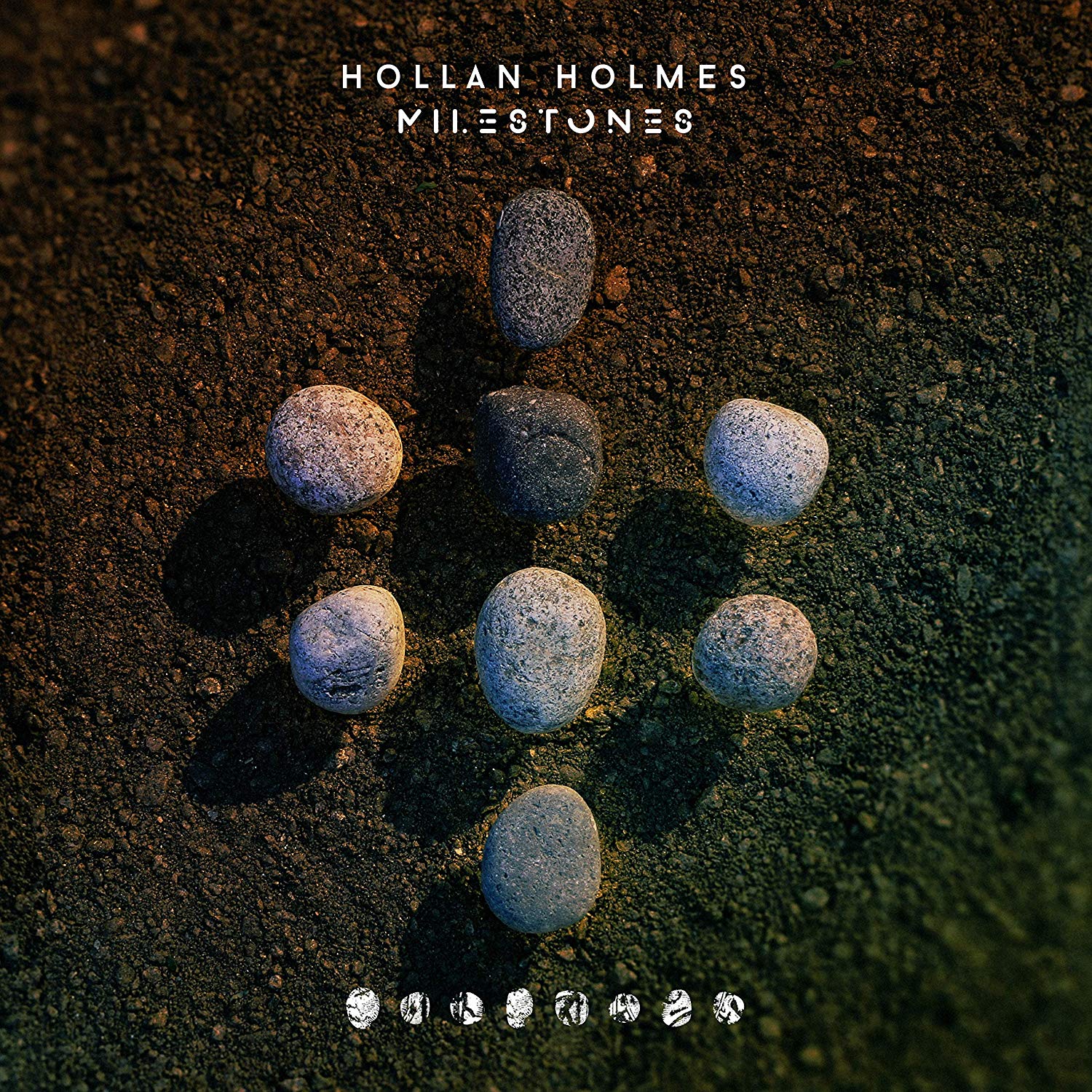 What more can be done that already hasn’t been explored in the field of electronic music? A good question. With Milestones, Hollan Holmes is at lest attempting to answer that question without straying too far off the EM reservation, offering a set of ten discrete instrumental tracks that explore the subject matter from a variety of perspectives. After six privately released albums since 2010, this is his first for Spotted Peccary and one that will hopefully bring his work to a wider audience. The opener, “Transmitter,” begins with some electronic primitives, slowly evolving into some classic Tangerine Dream territory, using software synths and sequencers, the piece embraces a simple, though constantly evolving, ascending chord pattern amid all the sequenced bits, and yet it gets the job done in a succinct five minutes, something that applies to nearly all the pieces here. With “Bulletproof,” the entrance is more atmospheric, slowly ushering in some sequenced patterns over its duration, providing a window into multiple layers of deeper currents. “The Truth Laid Bare” follows a slower path, as Holmes generates some truly unusual sounds along its journey, with careful attention to fill the entire sonic spectrum, from the low bass pulses that propel it forward to the playful top end where all of the sequenced melodics are in motion. The album’s longest track at seven minutes and some change, “Inner Sanctum” operates on a number of levels, from the slow pulses that introduce it, to the busy kaleidoscopic sequences amid a swirling atmosphere that carry it forward, to a choir of angels effect that provides a spiritual loftiness. On his interestingly titled “The Phone Call,” there is a foreboding sense as the piece moves slowly through dark and sinister passages, while the closer “Ayyappan” stretches in slowly, softly, and with a quiet menace, as shifting ambience gives way to some beautiful but understated melodic sprites around three minutes in. Other pieces here are equally adventurous, immersive and hypnotic – this is an album that brings vision, energy, and a lot of interesting ideas together.

Kurt Reifler - Kurt Reifler – The first comparison that came to mind when I started on these tunes was Lenny Kravitz, though with more down-to-earth production and less self-important posing. There's also a hint of Living Colour,...  (2008) » Read more