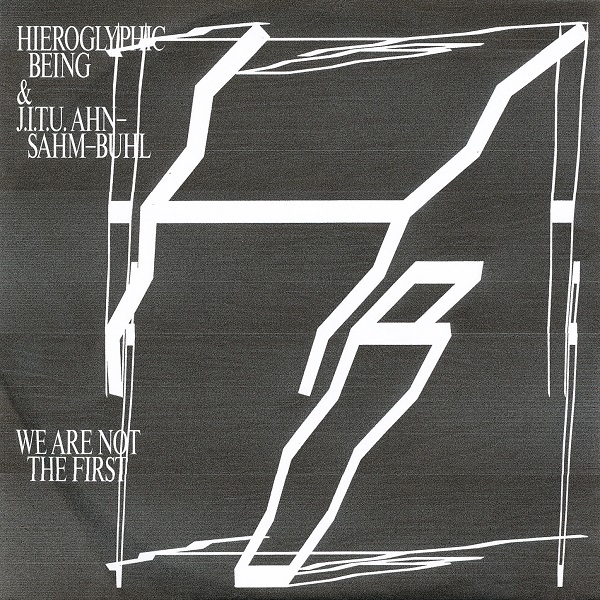 I’ve been listening to a fair amount of Sun Ra’s music lately, and can’t help making a connection with this release from Hieroglyphic Being and J.I.T.U. Ahn-sahm-buhl. Just as Ra was fond of playing with names and pronunciations (“Arkestra” being the most obvious example), this crew starts off on the same foot by remaking “Ensemble” as “Ahn-sahm-buhl,” which has a vaguely Egyptian flavor to it, just like many of Ra’s neologisms. Not to mention the pseudonym Hieroglyphic Being, which Jamal Moss has been using for more than ten years. And then there’s the science-fictional flavor, reflected in the album title and tracks like “Cybernetics Is an Old Science,” “Universe Is a Simulation,” and “Think About Outer Space.” The music here has a relation to Sun Ra as well, though dialing down the traditional jazz instruments and cranking up the electronic quotient, with most of the tracks featuring narration. OK, maybe I’m reading too much into the Sun Ra parallels, but it gives you a starting point – Ra is more inspiration than source material. The dominant sounds come from analog (or analog-sounding) synthesizers and abstract electronic processing. At times, there are saxes, drums, and other instruments, playing parts that seem somewhat organized if not outright composed. As previously mentioned, there is narration on several of the tracks, and female singing on a couple. Subject matter for the words ranges from philosophical and cosmic to gritty and urban. We Are Not the First finishes off with the title track, 18 minutes of the the steadiest beat in the collection, with free playing from saxes and flute, a loose funky groove from bass and drums, and lots of blips and bleeps from the synths. It’s really engaging for a while, but does go on a bit longer than it probably should. All in all, this album is a fascinating combination of diverse elements that mostly works, and provides a quirky vision of how jazz and electronics can intersect.