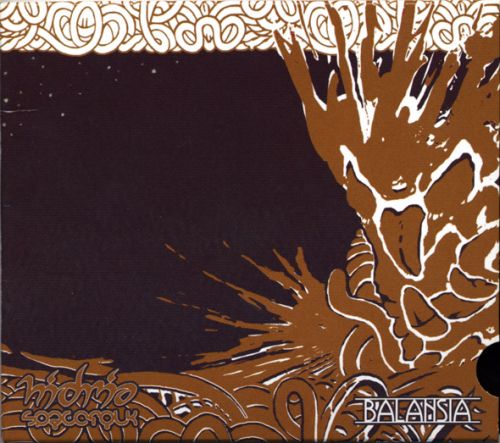 Normally it would be problematic for a band to sound the same on their third album (not counting a remix project) as on their first, especially if the first is basically a self-released demo. But when you’re Hidria Spacefolk, it’s not such a bad thing. The previous recordings were so good that more of the same is welcome to my stereo any time, but to be fair, they do present a slightly different variation on their instrumental space rock groove: in addition to the keyboards and guitars, they’ve added a bit of trumpet, which may not seem like a good idea but works admirably. But enough echo on that puppy, and it’s ready for outer space! Balansia is more a refinement of their sound than any sort of change in direction. They keep honing their skills, and the crystal clarity of the recording presents them in a very favorable light. Dynamics play a prominent role as always, with quiet sections building steadily to joyous peaks, then falling back only to surge up again. Sometimes I think of what might have happened if Tangerine Dream and Hawkwind had got together to jam in 1975 (that’s Rubycon meets Warrior on the Edge of Time), though the guitar is more like Hillage than anyone in Hawkwind. “Pajas” is a really fun number in a brisk 5/4 that breaks a new barrier for them with its quick chord changes, a notable contrast from their usual long-chord tonality. Perhaps this year’s headphone orgy release.