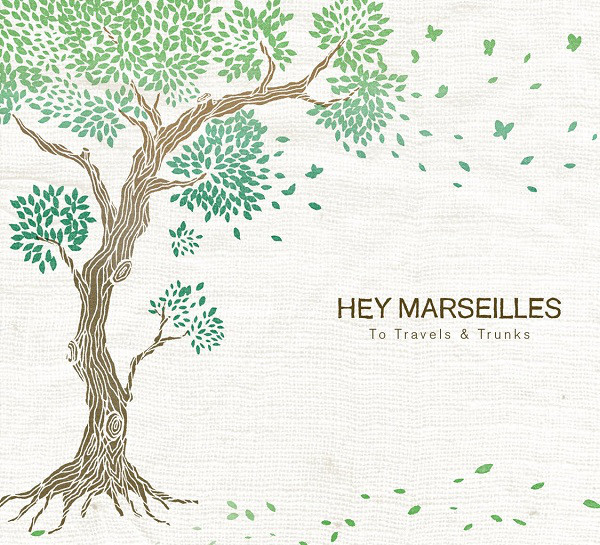 Seattle may be most famous for its noisy rock, but there seems to be a crop of bands with expanded instrumentation and more melodic intentions. Case in point: Hey Marseilles. Their brand of “orchestral folk” is engaging and lyrical, supported by the tasty arrangements. The seven-piece, in addition to acoustic guitar and drums (only occasionally with bass), includes trumpet, viola, and cello; accordion and piano are the most common keyboards, with scattered electric piano, organ, and harmonium sounds for color. Overdubs are not obvious, keeping the sound intimate in spite of the size of the group, fitting neatly into the chamber pop realm. Some similarities with Portland’s Decemberists occasionally crop up, though Hey Marseilles lacks the other band’s rock and prog leanings, as well as the deliberate lyrical archaism, keeping things more contemporary, though not without the occasional Dostoevsky reference. Electric guitar is very sparingly used for support, with the leads generally being doled out to the strings or trumpet. This is a re-release of the Seattle band’s independent 2008 debut with one track added, and the infectious rolling triple-time of “Rio” is worth the price of admission all by itself.