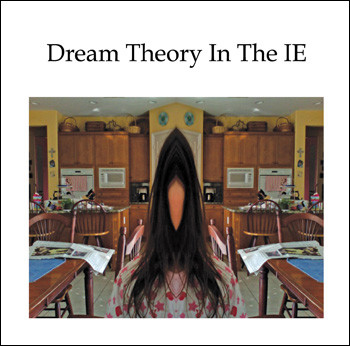 Mike Henderson (guitars, keyboards, effects and loops) and Chuck Oken (synthesized guitars and drums, keyboards, effects, sampling and loops) are one half of Djam Karet. But what is the IE? The vast area east of Los Angeles starting at around Pomona and extending eastward to San Bernardino, and south to to cities like Hemet is called the "Inland Empire," and the music on this disc was taken from three live performances at several undisclosed locations in the IE during December 2011. The music here consists of spontaneous improvisations, all recorded live without overdubs, culled from six hours of performances, which ended up as the seven cuts on this 76 minute release. The sound is gentle and evolving, or dreamy as the title implies; guitars and loops interact with other sounds and percussive samples and and move slowly between ideas, with soaring and fleeting melodic glimpses underpinned by subtle rhythms that flow and ebb and other mysterious sounds that contribute to the textures. I am sometimes reminded of the early work of Carl Weingarten, some quieter pieces by Steve Tibbetts, and of course Robert Fripp – the pioneer of the guitar looping style that runs through many of these pieces – figures in. Other reference points might include early 70s Floyd and Tangerine Dream. This is relaxing music through and through, yet still eventful and melodic. Hopefully this is a starting point for more releases to come.