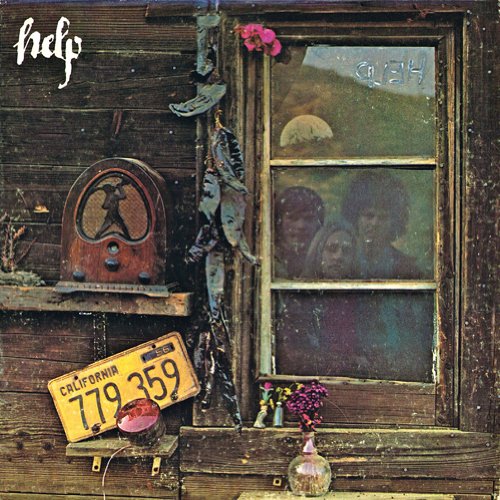 In the early weeks of 1971 the eponymous debut by California trio Help began showing up in record racks, a sparkling gem of west coast rock. A mix of period styles and outstanding songwriting filled with clever hooks, great musicianship and superb vocal harmonies, produced by Dave Hassinger, better known for his work with the Rolling Stones. Of course Decca didn’t provide much, if any support, it didn’t sell (nor the band’s even more obscure second album from later in '71), and before years’ end the album was easily found in the clearance bins. The band was guitarist Jack Merrill, Bob Rochan on bass, and drummer Chet McCracken, the latter who many years later would turn up in the Doobie Brothers in time for their One Step Closer album, with Merrill and Rochan sharing lead vocals and all three members sharing harmonies. The Doobie Brothers might be a good reference point as to the style Help was playing here, although it would be the vintage Doobies style of Toulouse Street or The Captain and Me, with a strong rock base, informed by folk and a touch of country, with some impressive guitar passages and a solid rhythm section supporting. The first side of the original LP contains five winners, starting with “For Sale,” building from a simple guitar figure into a full on rock tour-de-force with great harmonies, and closing with the catchy and instantly likeable “Run Away,” which was also the album’s only single. In between we have the folky and sensitive “I Tried Too Hard” and two other nuggets. As sometimes happens, the second side is not quite as strong as the first, but nonetheless filled with some great songs, closing with their funky version of the classic “Tennessee Waltz.” All said, this is one of those ‘too good to be forgotten’ albums from the early 70s, and it’s good to have it available again.

Mani Neumeier - Privat – Guru Guru drummer Mani is still going strong, to which two recent Japan visits will attest. Through the 80s and 90s he has kept busy with projects such as L.S. Bearforce, and Tiere de Nacht. This solo...  (1998) » Read more