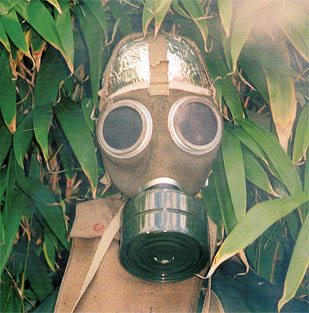 This one came out around 1970, a one-off by a New York based band whose members weren't even listed on the LP jacket, and were never heard from again, so far as this writer knows. For some unknown reason the CD reissue has been retitled (original album was s/t) and given new artwork. The lineup, a five-piece, is apparently one or two guitars, bass, drums, and keyboards (organ, piano, harpsichord), with at least two members sharing vocals. The material is split between more typical hard rock, with typical influences of the day (early Heep, Sabbath, Grand Funk and Mountain come to mind), acoustic ballads, and longer multi-part suites, the latter of which show some definite qualifications as early progressive rock. Even some theatrical Arthur Brown like stuff going on in "Auburn Queen," a lengthy track with a great instrumental section which closed side one of the original LP. "The Children of Heaven" is one of the shorter hard-rockers with an unusual chord progression and instrumental break featuring great organ and guitar solos with harpsichord backing. But it's the nine minute, four-part "Ode to the Silken Men" that shines the brightest of all. While this may not be a long lost prog classic, it certainly is a fine snapshot of one piece of the developing progressive scene.