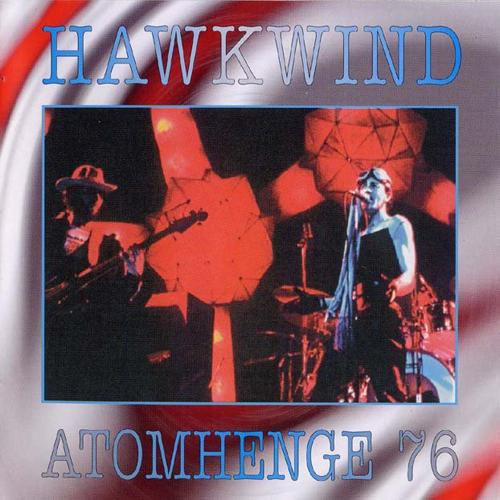 A part of the Hawkwind Collector’s Series, this is Hawkwind at their best. Still reeling in dismay at the Live 79 this series offered, I am oh so pleased to report that Atomhenge 76 is not only a great performance, but a very good recording as well. I had been looking for a decent tape from this era of Hawkwind, and thanks to the band we now have one. This 2CD set is based on the Astounding Stories Amazing Music tour and features such Hawkwind gems as "Steppenwolf," "Paradox," and "Reefer Madness," along with the ubiquitous "Sonic Attack" and "Brainstorm." The band is in top form on all songs and even Nik lays down some soulful sax. As a fan of the band I cannot recommend this enough. My gripe would be that there is no information as to when or where this concert took place. You do get a very nice booklet full of photos and posters but no real info as to band members (it is not a given as to who would make the gig) or venue. But aside from that this is a great album. Hawk fans will eat this up and new fans may start here.