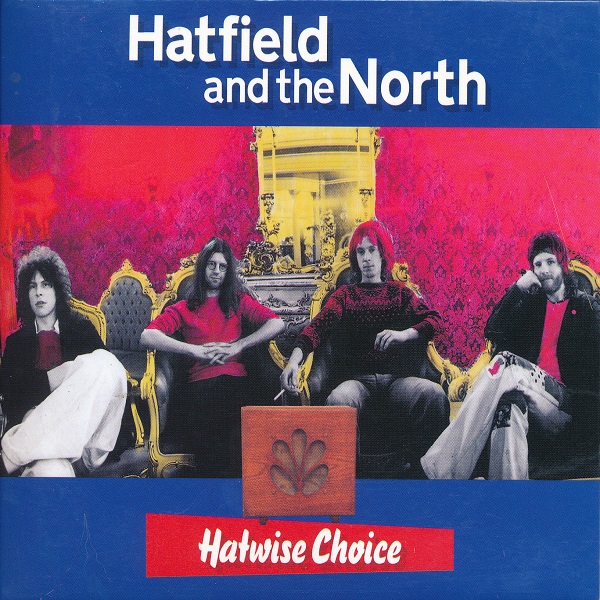 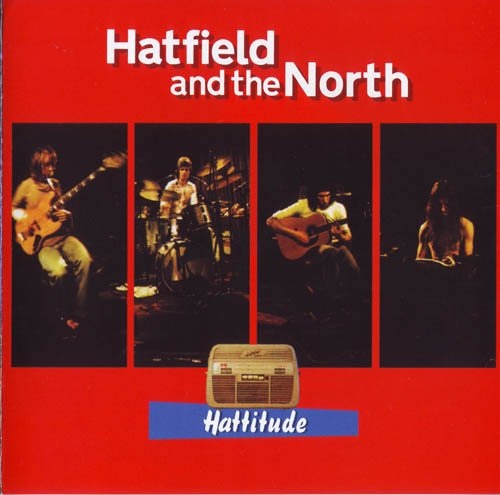 The two studio albums released by Hatfield and the North sit firmly in my mind as two of the highlights not just of the Canterbury scene, but of all music recorded in the 70s. They embody so many of the qualities I value most in music: creativity, skill, imagination, humor, and willingness to disregard conventions. The sadness of knowing that this great band only released two albums was offset somewhat by the fact that National Health carried on the tradition; though as great as National Health was, their sound was slightly less fresh and spontaneous, a bit more focused on compositions than interactions between players. And then, decades after the fact, these two collections of added material surfaced suddenly more than doubling the recorded legacy of Hatfield and the North. These two volumes, branded as Archive Recordings 1973-1975, contain pieces recorded as demos, radio performances, and from live concerts during the band’s brief existence. Many of the compositions will sound familiar to those who know the studio albums, as one of the Hatfields’ trademarks was to constantly rearrange bits into different forms, or even present the same basic piece under different titles, as “Absolutely Wholesome,” which is a version of “Let’s Eat (Real Soon),” “Take Your Pick,” which was called “The Yes No Interlude” on The Rotters’ Club. And then there’s “Calyx,” which appears in a number of forms as “K Licks.” In some cases, pieces have obviously been given titles long after the fact, as in a recording from Paris in 1973 that’s called “May the Farce Be with You” that was almost certainly assigned at some time after Star Wars came out in 1977. I’ll leave it as an exercise to the fan(atic) to identify the others — it’s like a puzzle left by the band for us to work out.

As to the sources of the recordings, several tracks come from John Peel Sessions in 1974 (not the 1973 sessions that have been released on their own), along with appearances on the Top Gear and Sounds of the 70s shows. The rest consists of live performances in the UK and Europe from 1973 to 1975. While the audio quality is not equal to the studio albums, I find it quite listenable, and the few tracks with poorer sound actually work well in the collage-like context of the sequencing, lending a dreamy quality to the set (especially considering some of the sonic oddities on the studio albums). For fans of the band, these two volumes provide a fascinating insight into what they were like in their heyday. Their music has the fluid quality that good jazz music does, where the musicians are continually reacting to each other and altering plans continually. I probably wouldn’t recommend the Archives to those who haven’t heard the original albums, but they are an essential part of Canterbury history, and a ton of fun in the bargain.

Speaking of fun, the lengthy liner notes are a definite bonus, including interviews with all four members, and in keeping with the nature of the music, they are quite amusing. Dave Stewart finishes his description of his audition to join the band like this:

After we finished playing, there was the usual post-audition awkward silence, which Pip broke by saying, "Well Dave, I think it's fair to say you're in the group now", to which Phil retorted, "I don't think it's fair to say that at all!" The two of them then went off into the kitchen and had a row, which of course put me completely at my ease. I never did find out if I got the job...

The booklets are a wealth of history and funny stories from the short existence of Hatfield and the North, providing added value to what are already attractive collections.