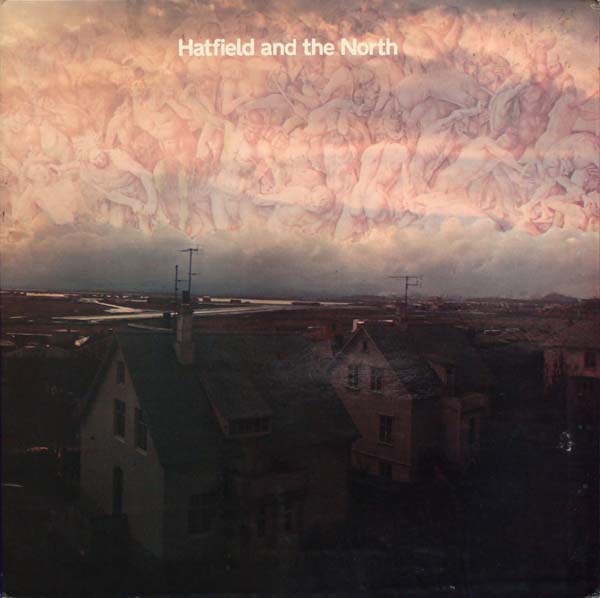 I picked the LP of this one up on high school and, like a few others, it was probably from some list back in the day of good art rock albums. I didn't like it right away — in fact progressive rock can often be so eclectic that you might be looking for a particular sound only to encounter albums that are nothing like that sound. I was probably coming off of more serious music and thus not quite ready for the humor and zaniness of this band's debut album. I wanted to like it, I knew quite a few other things on Virgin records of the time but it would take me some time to warm up to it. In today's environment of instant gratification and the way we can often run to social media just for the thrill in taking a hatchet to something, you often wonder if people really take the time to know something anymore because really if you can think of any title that is this rich in original ideas it has to be this debut by this quartet. It wasn't just that they all could play, they could, but it was more than that. Think of that amazing sequence on here where it's like the band chugging along opening doors to different songs, all with just astounding level of childlike joy, listening to it still gives me the grins. You could just tell this band was having a hell of a lot of fun being intensely creative. And the experimentation was always grounded in such great songs, so many of which had the most insanely fun titles: "Going up to People and Tinkling," "Shaving Is Boring," "Lobster in Cleavage Probe," and the like. For a while I think I liked their follow up The Rotters' Club the most but over time this one moved up for me in that it just has the edge because it's like genius and naivete all rolled up in one bundle (maybe a touch less naivete on the follow up). Why didn't I have this in the first tier? That's a good question!