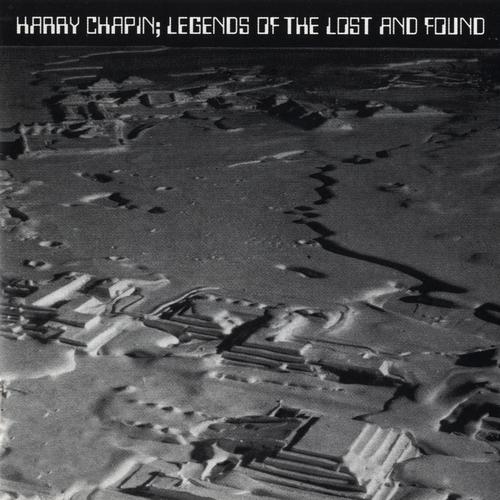 The late Harry Chapin was without a doubt the supreme storyteller of the 1970s; his lyrics written second and third-person were down-to-earth, acutely engaging and socially conscious, with clever twists in every plot and a moral to every story. Best known for his hits “Taxi,” “W.O.L.D.” and “Cat’s in the Cradle”, Legends was the second of two live albums he released, and unlike the earlier Greatest Stories Live which contained only hits and material released previously in studio form, the bulk of the songs on Legends had never been heard in any form prior to its release, with a half dozen or so cuts culled from previous studio releases. It’s also worth mentioning that this was his all-time worst selling album – unjustifiably so, as this one is a real gem. Take “Copper” for example, a moving story about the anger of a crooked cop directed at a store owner who pays his ‘protection money’ while his son is with him; it’s one of the many new songs featured herein. Throughout, Chapin is supported by an excellent five-piece backing band, bringing his stories to life with power and sensitivity, just enough to not overwhelm the lyrics with music. Also included are versions of “Corey’s Coming,” “Tangled up Puppet,” “Poor Damned Fool,” and “Flowers Are Red” – while none of these were hits, they are nonetheless indisputable classics worthy of hearing again in a live setting.