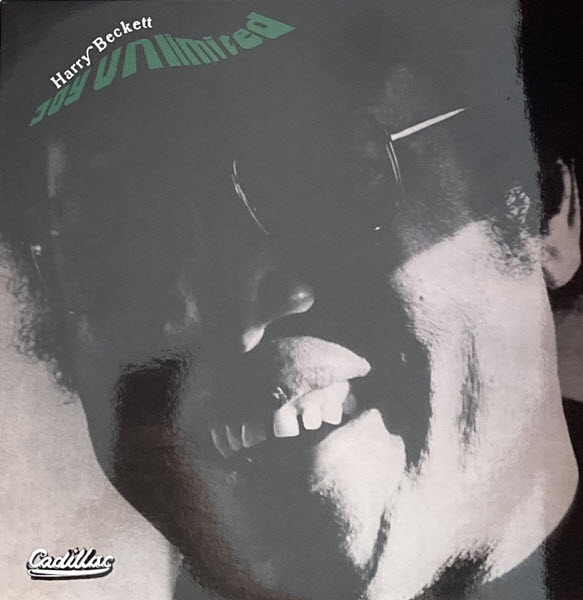 My first encounter with trumpeter Harry Beckett, who was born in Barbados in 1935, was as a session player on the debut album by Manfred Mann Chapter Three, then he turned up on the Keef Hartley Band’s Halfbreed and The Battle of North West Six; little did I know at the time he had already made a name for himself playing with Graham Collier, John Surman, Ray Russell, Karl Jenkins, Michael Gibbs, and many others — one connection leads to the next. Beckett’s debut LP Flare Up would come the following year in 1970, which featured Collier, Surman, Mike Osborne, Alan Skidmore, and others, great jazz players that I know better now a lifetime later than I did at the time. Fast forward a few years and we come to the subject of this review, the debut album by Beckett’s group Joy Unlimited, a band that featured guitarist Ray Russell, keyboardist Brian Miller, bassist Daryl Runswick, drummer Nigel Morris, and percussionist Martin David. The album opens with the lively bass pattern of “No Time for Hello,” soon joined by an unforgettable melody delivered by Russell and Beckett, followed by brilliant solos by both, eventually finding its way back to the main melody via an impressive string bass solo by Runswick. The playful “Glowing” sports a joyful melody informed by Caribbean flavors, while the oddly short “Changes Are Still Happening” is essentially a beautiful trumpet solo suspended in Russel’s gentle guitar chords. Closing the first side is the subtle groove of “Bracelets of Sound,” almost reaching a psychedelic plane at times with Miller’s electric piano supporting Russel’s wandering guitar leads and an animated bass solo near its eight minute conclusion. The second side presents two extended pieces, starting with the joyful “Rings within Rings” and concluding with the dreamy groove of “Not Just Tomorrow,” a nine-plus minute number that gives Beckett plenty of room to stretch out. Joy Unlimited has been reissued on both compact disc and LP; two more recordings by the Joy Unlimited band were released in 1975 (Memories of Bacares) and 1977 (Got It Made) on the Ogun label, but to date neither has been reissued in any form.