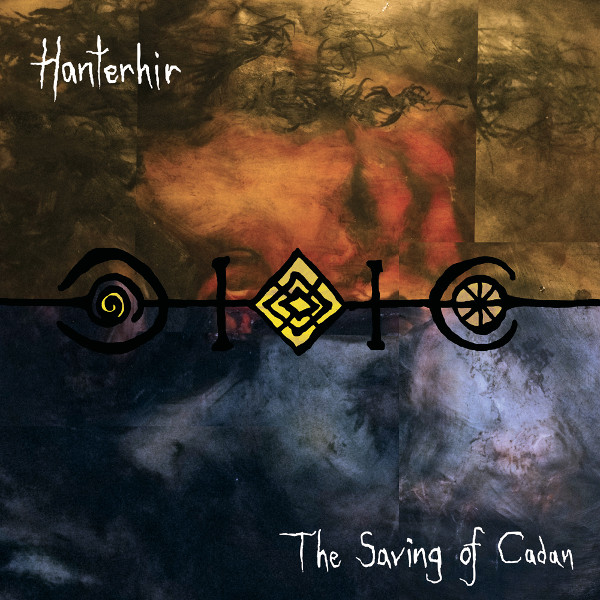 I’m a fan of artistic ambition when it comes to music, though of course there’s always a risk that ambition exceeds the ability to deliver on the plan. Hanterhir is a band new to me, though they’ve been releasing music since 2010. The Saving of Cadan is a monumental concept album, more than an hour and a half of music comprised of 21 tracks on two CDs (or a five-sided LP set), which presents ample opportunities for stumbling. The fact that it’s enjoyable from start to finish is nothing short of amazing, and the broad stylistic palette is part of what makes it work. They manage to integrate aspects of psychedelic folk-rock, space-rock, and prog-rock into a sound that works much better than one might expect, and the use of jazzy and electronic elements provides further coloration. To put it in terms of previous music, useful comparisons would involve Grave New World (Strawbs), The Táin (both Horslips and The Decemberists), Etceteraville (Random Hold), Mwng (Super Furry Animals), and a bit of Animals or Wish You Were Here (Pink Floyd) though where to get the saxophone that frequently appears I’m not sure. Obviously this list of references is broad enough to be nearly meaningless, which speaks to the fact that Hanterhir is in a category of their own. Lyrics are sometimes in English and sometimes in Cornish, a Celtic language related to Welsh and Irish that went extinct in the 1700s but has been recently revived. The instrumentation consists of standard rock instruments for the most part, though at times it seems like some kind of bagpipe may be in the mix — probably a keyboard, but an effective tone nonetheless. Several of the longer tracks feature a masterful blend of soft and loud sections, exemplified by “Hello Sunshine,” which opens the album with ambient keyboards and acoustic guitar and gradually builds to a positively massive peak featuring heavily distorted guitars and screeching sax, then retreats into a gentle, spacy coda. All of the songs can work independent of the story, standing on their own as pieces of music. The Saving of Cadan is an example of a long concept album done right, avoiding the pitfalls that have beset so many who attempted the feat before.

Philip Pickett - The Bones of All Men – The subtitle on the cover continues after the title: “and of several remarkable curiosities therein occurring being a compendium of Dances, Pavannes, Steps and such, played this time by Mr Philip...  (1999) » Read more

How Many Voices Does the Wind Have?