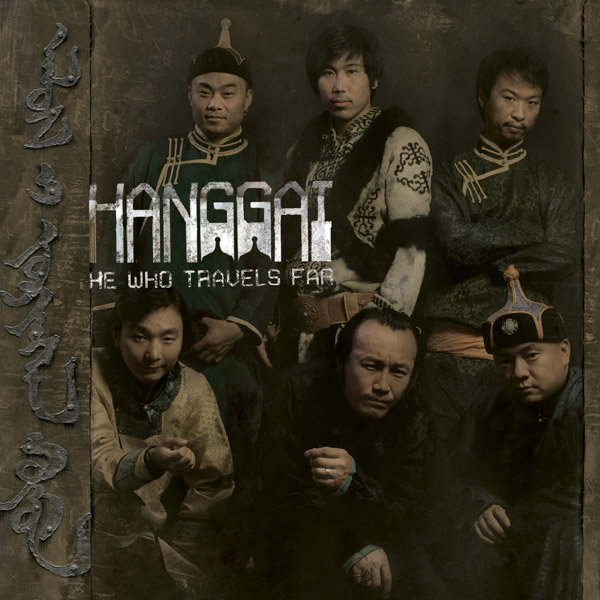 Since their 2008 debut CD, this band from Inner Mongolia (currently resident in Beijing) has become a world music festival favorite, playing WOMAD, among others. That release blended the earthy sounds of throat singing and morin khuur (horsehead cello) with a bit of electric guitar, varied percussion, and some electronics (which of course offended many purists). Their second effort continues in the same vein, with even more electric guitar. I find that the impact of the music is greatly enhanced by this departure from traditional sound — "Uruumdush" builds to rock intensity, with thunderous drums and power chords, though no one would mistake it for Linkin Park or AC/DC. Other songs tip the modern/traditional balance the other way, sticking to banjo-like string sounds and the morin khurr. While throat-singing may be most arresting when done in a rather sparse setting (I can attest to the spine-tingling brought on when two of these guys get going full bore on the mics), the eerie tones blend remarkably well with Hanggai's instrumental backing. I was lucky enough to encounter the band busking at a shopping center in Beijing in October 2010 (quite a change from playing for thousands at a festival!) and was able to pick up their second album nearly a month before its proper release; I was happy to pay the inflated price to support these great creative musicians, and luckily the CD is well worth the money spent.

Kyle Dawkins - Walls Became the World – Compared to Dawkins’ debut Conesauga (reviewed in issue #28), this is a far more explorative and experimental outing for the guitarist, banjoist, composer, and founding member of the Georgia...  (2006) » Read more