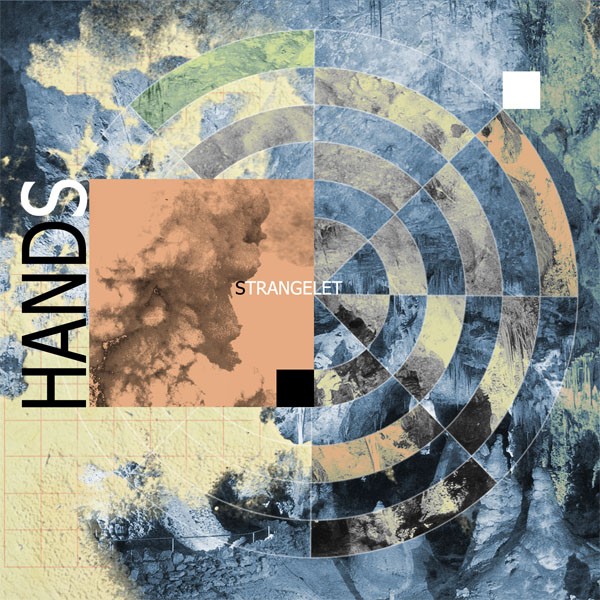 The Texas band Hands has been around in some form or another since the mid-70s, during which time they’ve only managed to produce a handful of albums, all of which are of consistently high quality, and Strangelet – their first in six years – is no different in that respect. Having absorbed 30 years of influences from across the spectrum of rock, and particularly progressive rock, the band, currently a six-piece, is somewhat of a synthesis of many of the best elements of that ongoing legacy, yet they blend those influences into a highly original approach. Longtime members Michael Clay (keyboards, guitars, sax) and guitarist and vocalist Ernie Myers are responsible for the steadfastly melodic compositions along with percussionist Martin McCall, all of which cover a wide range of ideas, but fit squarely into the progressive rock realm with their unusual themes, frequent changes, clever and quirky arrangements, and strong emphasis on instrumental work. Two very engaging and lengthy suites “Miracle of the Mind” and “Dark Matter” highlight this 50 minute set, though the remaining five shorter cuts are outstanding as well. Closer “Rotten” exhibits the solid influence of Red era Crimson, while the rest tend to drop occasional hints of Gentle Giant, Yes, Zappa, Happy the Man, and other classic prog stalwarts. In all, Strangelet is another excellent release from Hands. Just wish we didn’t have to wait so long between them

Elephants through a Microscope