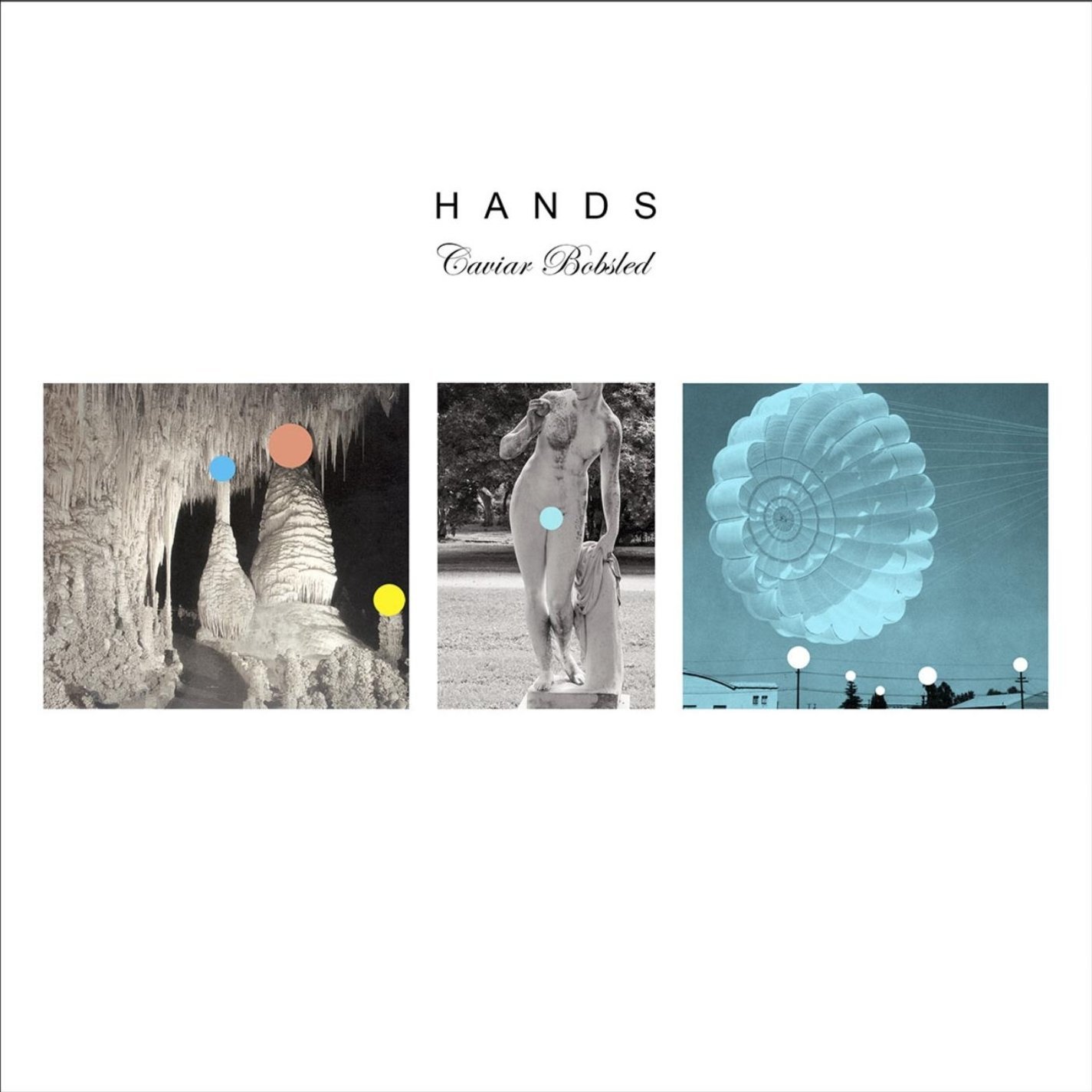 Once a band has worked together long enough, a number of different things can happen, one of which is that their material and playing style tend to follow similar patterns one album to the next, and their sound becomes easily identifiable, like Jethro Tull, U2, Yes, or The Police, just to cite a few examples. Another outcome is that the interests of the members diverge and as a result they become adept in a number of different styles and methods of delivery, such as what happened to the Beatles in their later years, or Queen, 10cc, or a number of others. One hears their songs and it’s not always immediately obvious who the artist is. Such is the case with Hands, a band from Texas (currently an eight-piece) who has been honing their songcraft since the mid-70s, and over the course of 40 or so years have come a long way toward developing a style that’s intrinsically progressive, crafty, and clever, but not always so idiosyncratic that one will know who it is right away. Caviar Bobsled, the band’s latest release, almost sounds like a compilation of songs by a dozen different top-tier progressive bands. They are informed by the classics of the genre (KC, GG, HTM, others), but are certainly going out of their way to add a unique visionary signature to each of the 13 songs on the disc. After numerous plays, the skilled listener will be able to detect some common threads from one song to the next (lead singer / guitarist Ernie Myers’ voice being one – interestingly enough he is also responsible for composing the bulk of the material) but this band is going out of their way to make each song a unique package that sounds like no other. With eight players, the instrumentation includes a laundry list of just about everything a band might need and much more, in multiples, plus outstanding vocal harmonies when needed (just listen to “Shards” or “This and That” for example). So if one is looking for a band that is capable of articulating a wide range of ideas, look no further. Hands is your ticket, with what is easily one of the best releases of 2015.

Robert Wyatt - Cuckooland – Robert Wyatt is so much an entity unto himself that comparisons to anyone else are more or less useless. Most listeners with a rock background would probably peg his music as jazz, though I suspect...  (2004) » Read more