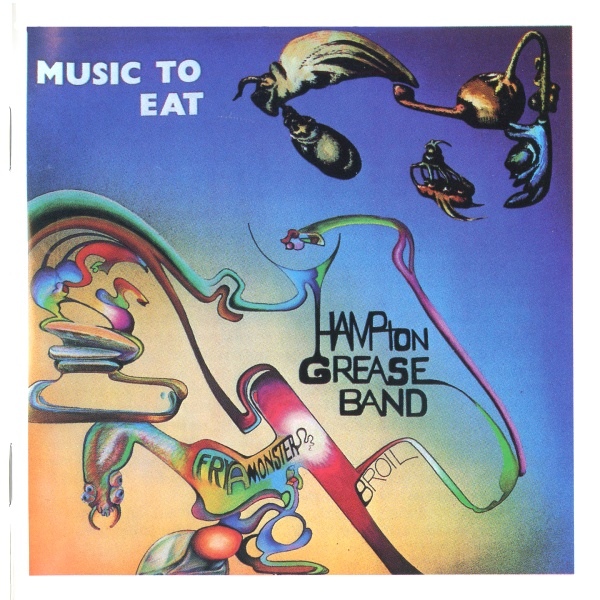 The "Hampton," of course, refers to the venerable Bruce Hampton, best known for his 90s rock / jazz / funk outfit, the Aquarium Rescue Unit. But back in the early 70s, Hampton was the frontman in an entirely different sort of group. Reported at the time of its release in 1971 as the second-worst selling album in Columbia's history (only a yoga record did worse sales-wise), this album is now a classic. And what a classic it is! Hampton is joined by two gifted guitarists, Glenn Phillips and Harold Kelling, who trade snakelike off-kilter guitar lines reminiscent of the best of Captain Beefheart's Magic Band. Indeed, this album often sounds like the great jamming album Beefheart never made, an unholy cross between the open-ended Mirror Man and the tightly constructed Trout Mask Replica. Three of the seven tracks are in the 20-minute range (it's a double CD), and all of the tracks demonstrate a remarkable ability to shift endlessly into new adventurous directions. Best is the 20-minute opener, "Halifax," which has no fewer than three mind-bending guitar jams, interrupted by whimsical vocals (Hampton even sounds a bit like Beefheart here), with a fair share of complex intertwining guitar passages. In fact, nearly all of the tracks keep up this same level of intensity, making for a truly unbelievable listening experience.

A bona-fide lost classic, this album gets my top rating. It has finally been reissued on Columbia (no doubt due to Hampton's current cult status), and deserves a listen by any Beefheart fan, or anyone who favors extended, complex compositions in the truly bizarre mode.