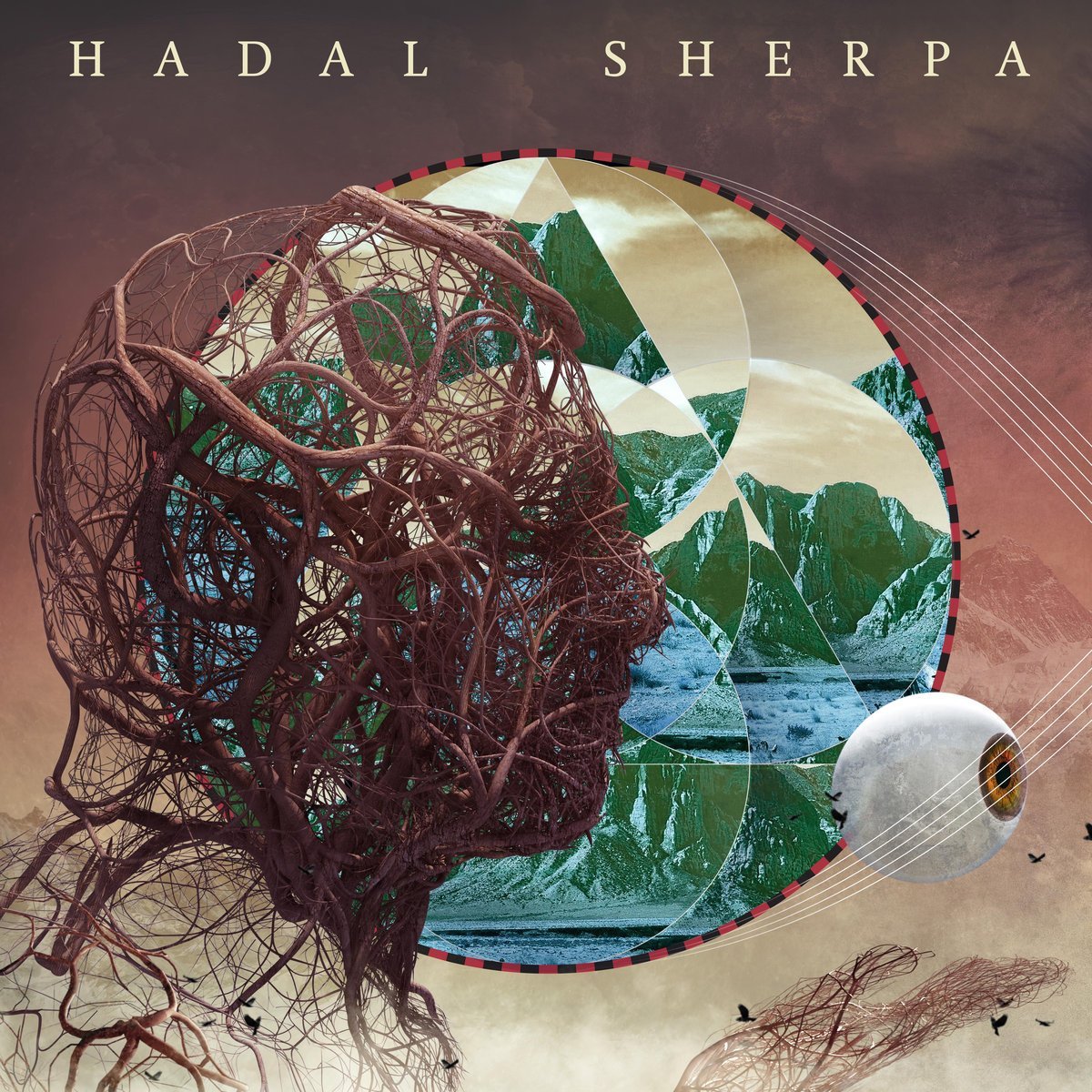 Hadal Sherpa is a relatively new progressive rock band from Finland wih an outstanding self-released first offering. From the city of Vantaa, they’ve been together as a band since the end of 2013 when drummer Ilja Juutilalen joined completed the current lineup, which also includes guitarist Ville Kainulailen, bassist and cellist Sauli Marila, keyboardist Matti Elsinen, and last but not least Vesa Pasanen who contributes guitar, keyboards, percussion, and bouzouki, the latter giving the band much of its unique middle-eastern character. Pasanen also writes all the band’s material and arrangements are done by the entire band. Guest players on flute, trumpet and percussion, track depending. round out the arrangements. It’s a challenge for any band to keep things interesting in the complete absence of vocals, but Hadal Sherpa succeeds in presenting eight solid tracks of purely instrumental progressive rock, with hints of jazz and the aforementiond ethnic influences that sow up first on the third cut “Chafa Azeno,” but right out of the gate on the two part “Nautilus,” they seem to show a bit of a Camel influence, with the flute out front over its near sixteen minute duration, though more aggressive and psychedelic than one might expect, building as it goes. The album’s centerpiece is actually the three songs “Ikaros,” “Heracleion,” and “Marracech,” (tracks 4, 5 and 6 respectively) which form a 27 minute non-stop continuum of music that shreds all the proggy-prog pretenses of the opener and cranks it into high gear Turkish flavored rock, with the follow-on “Abyss” offering some Floydian moves that could have been lost dreamy movements from “Crazy Diamond,” but the power, might, and aggression steadily increase over its ten minute duration, and before you know you’re running at a fast gallop straight into the desert sun of the Sahara. The album closer, “Black Elk,” brings back the flute as well as trumpeter and extra percussionist for one final seven minute trek through the Arabian sands with guitars blazing. A very impressive debut from a band I hope to hear more from!