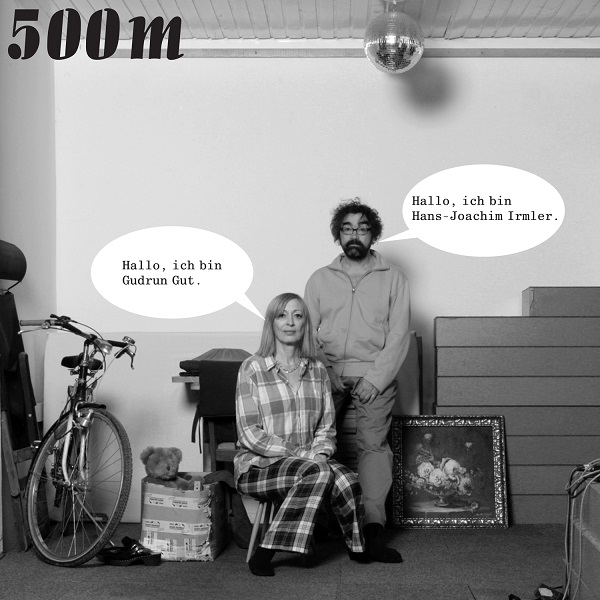 Gudrun Gut is a German electronic musician who began her career in the late 70s. Along the way she was an early member of Einstürzende Neubauten. Harsh industrial rhythms and beats have been her musical hallmark. Hans-Joachim Irmler, a pioneer of Krautrock, electronic music, and sound experiments was an early member of the seminal Krautrock band Faust. His wistfully psychedelic organ propelled Faust through their early releases. Both musicians have continued to compose, record, and perform over the decades. A few years ago Gut played at one of the Klangbad Festivals and Irmler approached her about recording together. Irmler had been following a concept of merging electronics and percussion and wanted to explore this unlikely pairing of two disparate musical approaches: Irmler’s Krautrock epic willingness to explore and Gut’s structured and technical Berliner discipline. Because Gut does not play drums, but instead programs them, this blending of musical techniques was possible. The result is 500m, a reference to the fact that their studio was 500 meters above sea level. This unlikely duo created nine inventive and enjoyable compositions that seamlessly integrate both of their unique musical styles without clashing or annoying the listener. Initially Irmler would improvise for hours and Gut would provide some rhythmic context. Then the roles were reversed and Gut sat down in her Berlin studio and made the final compositional edits. Some pieces consist of snippets of Irmler’s organ while in others, his organ leads the way thereby extending Krautrock into the 21st Century. For me, the standout tracks are “Noah,” “Parfum,” Brücke,” and the closer “500m.”