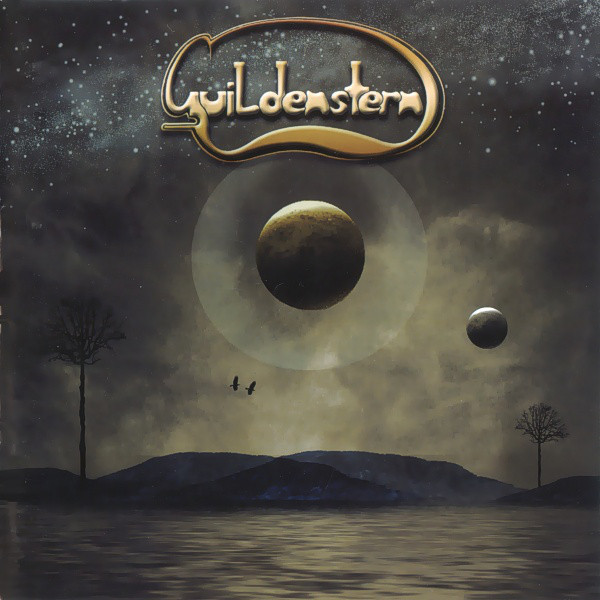 The story of this band begins in May 1976 when bassist and guitarist Michael Lippert and drummer Claus Lange, together with keyboard player Gerd Schmelzer and guitarist Reinhard Olschanski, all veterans of various bands in the Rüsselscheim area, would form a new group specifically to work on a rock opera based on Tom Stoppard’s Rosencrantz and Guildenstern Are Dead, the band taking the name Guildenstern and the rock opera was named Life’s a Stage, sort of a spoof on Shakespeare’s Hamlet. The band performed the piece at many shows and got plenty of favorable press, but their dream of releasing an LP of the material never came to be. Over time, keyboardist Bernd Scholl would replace Schmelzer, second guitarist Michael Kuplien would join, and dedicated lead singer Gerd Holfelder would join and later leave, and in the early months of 1980 Guildenstern finally called it a day. Of the recordings at hand, the first eight cuts were recorded in the band’s rehearsal room over a two year period (1978-79) featuring different line-ups, and the final three cuts were taken from one of the band’s most successful concerts in September 1979. The listener needs to keep in mind that these are rehearsal and live recordings that were never made with the intention of being released; Garden of Delights has done a superb job making them as listenable as possible, so Guildenstern can finally be heard by all. So what did they sound like? This is keyboard-oriented progressive rock with some folk-rock and jazz elements thrown into the mix; one can draw some parallels with the Eloy of the Silent Cries and Mighty Echoes era, early Genesis, and perhaps Neuschwanstein or Camel. One can only imagine how great this band would have sounded if their material had been properly produced and released in its day. But it is what it is, and we’re fortunate to even have this archival document. Keyboard player Bernd Scholl would go on to release a dozen albums of electronic and ambient music beginning in 1982 until the present day. Most of the other members have remained musically active through the years as well.