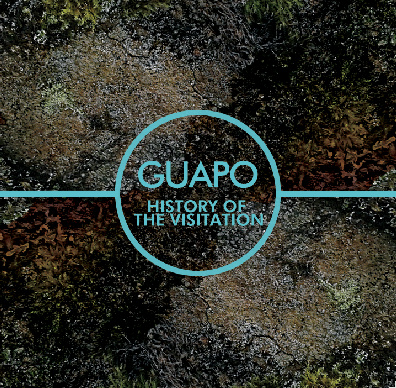 With a cloudburst of menacing dark energy, Guapo is back. Actually, for those who’ve been keeping track they never really went away since their 2004 Cuneiform release Five Suns, instead releasing two albums on a couple other labels in the interim, and adding new keyboard player Emmett Elvin somewhere along the way. The band still delivers a snarly, edgy and sometimes brutal avant-rock, although the sound now seems to be more directed and melodically driven in a foreboding flat-dark earth sort of way. On board helping out are Dave Newhouse and Tom Scott of The Muffins adding a full complement of woodwinds wherever appropriate. Several more guest players add bassoon, strings, french horn and trumpet. The centerpiece is “The Pilman Radiant,” a 26-minute, five-part suite that evolves slowly, rising up from the primordial chaos, in time thrashing and burning everything in its path in a raging 70s style crimsoid blitz. “Complex #7” is a shorter, dark droning ambient piece that would be right at home on Suspension and Displacement, and then the 11-minute closer “Tremors from the Future” opens with a seemingly Terry Riley inspired repeating keyboard figure that eventually develops into a full-blown krautrock-like jam with sharp edges and interlocking mathematical figures, consuming itself over the course of its trajectory, faster and faster, ending up like that runaway train that’s about to jump the tracks. There are only three cuts here, but man, do they deliver the goods. And if all that isn’t quite enough, there’s a bonus DVD that includes the band’s performance of “Five Suns” at NEARfest way-back-when (2006 to be exact), shot in monochrome to set the mood, all to great hypnotic effect, and a second cut “King Lindorm,” taken from their performance at the 2007 RIO Festival in Carmaux, France, this one in full color.