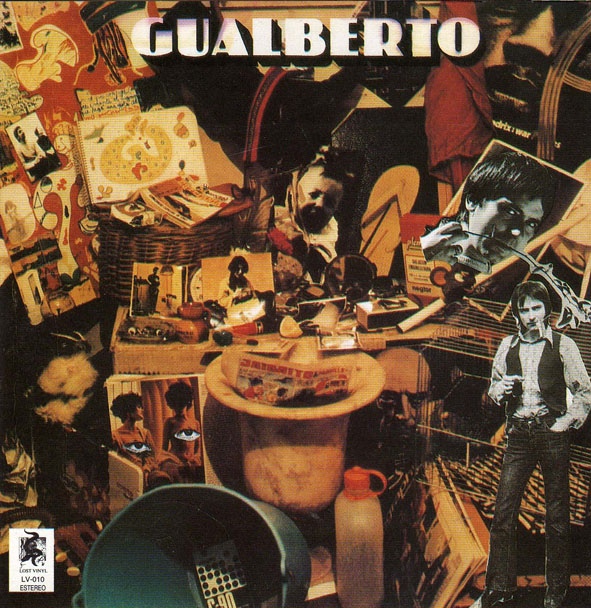 Gualberto is Gualberto Garcia, a young guitarist and songwriter who recorded two albums in the late 70s. The first album was A la Vida, al Dolor ("To the Life - To the Pain), and features a lineup of violin, bass, acoustic guitars, two dedicated vocalists, and occasional use of drums (mostly on side 2), flutes and sitar. If the CD is considered as two very different sides of the original LP, then the album will begin to make some sense. The first half is the five part "A La Vida." The music here starts out relaxed and folky — and typical of many of the early 70s singer/songwriters that permeated (read: cluttered) the airwaves when Prog was bubbling in the background trying to break through. By the second track you could swear you're listening to some forgotten Loggins & Messina track from '73, with singer Todd Purcell — singing in English — sounding every bit the part. Then around track four Gualberto starts to change to a more progressive folk feel, adding in new instruments with each new song, until the ten-minute side closer "Cancion de las Gaviotas" ("Song of the Seagulls") brings the level of the music up to what one might have expected from the start. The second side, "Al Dolor," picks up where the first side leaves off, a more powerful and challenging fusion of rock with flamenco guitar and a true Spanish flavor, partly due to singer 'Enrique'. The balance of the side is more progressive-rock oriented, including "Prisioneros" and "Tarantos - Para Jimi Hendrix," where Garcia shows what he can do soloing on an electric. A good album, even if it is a little schizophrenic.