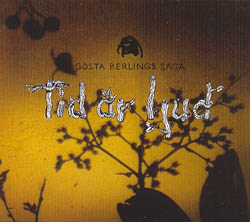 This doesn't come on the scene with threats to take the prog world by storm, but rather insinuates itself subtly, from the gentle cover art through the music itself, which wraps many styles and moods into a whole that speaks strongly of its origin. The band is the standard four piece with additional appearances of flute, violin, and Mellotron. Guitar styles are varied including an extra-melodic Duane Allman-like slide and nice trippy psych. Rhodes is all over the place and chances are if you like the instrument, you'll love this. “Ljud från Stan” is a delightfully rambunctious rocker that evolves into some lovely psych, almost aimlessly drifting as it builds back to the opening jam. “Tog du med dig naturen?” drifts through space with a circular, hypnotic background with gentle violin and guitar solos. The ebb and flow is simple, yet remarkably entrancing. This ebb and flow allows them to drift around folk, fusion, symph, and space rock with ease and without distinction. Gösta truly knows when to keep things simple and succeeds in spades. One will find vague imagery from krautrock, Universe Zero, and Magma (the latter mainly in the circular Rhodes motifs), but there's also a strong Scandinavian character that I can't quite put my finger on: instrumental nods toward Atlas or Hanson? Melodic folk hints at Tasavallan Presidenti? Perhaps it's my imagination, perhaps not. Either way, this is definitely one of the cooler albums I've heard in some time.