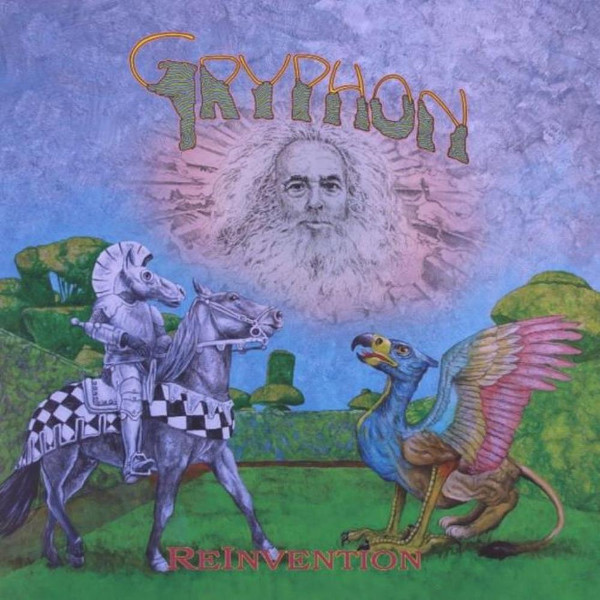 Way back in the mid-70s while I was waiting for my DD-214, I was scouring the cutout bin at my favorite record shop in Northside Berkeley and found an album with an interesting front cover, a five-piece with interesting instrumentation like basoon, krumhorns, and recorders, plus regular rock stuff like guitars, bass and drums. I must have looked at it for five minutes before I put it in a stack of about a dozen other items, paid my forty bucks and took the bus home. Red Queen to Gryphon Three was an amazing find, I had never heard anything else quite like it, a mix of medieval, folk, and classical ideas all fused into an instrumental rock setting, and within a couple weeks was back at the store to buy anything else I could find by that band, which included the album before and the album after the one I already had. I was hooked. A year or so later, after one more album, I heard that the band had called it a day, sadly. Who would have thought that after all these years they would have gotten back together, but that’s exactly what I heard about ten years ago, and that a new album would be forthcoming. Wait, wait, wait a little bit more, and finally ReInvention is here in 2018, a brand new full album of original material! Core original members Brian Gulland (bassoon, recorders, baritone sax, bass krumhorn), Graeme Taylor (guitars), and David Oberlé (drums, percussion, vocals) are still on board, with Andy Findon (flute, piccolo, clarinet, soprano krumhorn, and soprano sax) and Graham Preskett (violin, keyboards, harmonica, mandolin) rounding out the band with bassist Rory McFarlane. The skeptical doubters will be warmly reassured by the opener “Pipeup Downsland Derrydelldanko,” a folky vocal tune with a lengthy instrumental intro that sounds as powerful as anything the band ever did in the past, and the two six-minute instrumentals that follow, “Rhubarb Crumhorn” and “A Futuristic Auntyquarian.” Jumping forward a bit, we find the 1920s styled “Hospitality at a Price… (Dennis) Anyone For?” just a few minutes of magic from an altogether different time, with an unforgettable krumhorn duo at the two minute mark. For those that are expecting lengthy instrumental pieces, there is the lengthy three-song block of “Dumbe Dum Chit,” “Bathsheba,” and “Sailor V,” accounting for a full album side of music, the latter, at near nine minutes on its own, written by Preskett, being as great as anything Gryphon ever did, constantly changing and evolving as it goes. “Ashes” is here – originally I thought it might be an extended remake of one of the bonus tracks on their compilation CD, but no, this is an entirely different “Ashes.” So, beware, the mighty Gryphon is back to meet and exceed everyone’s expectations.