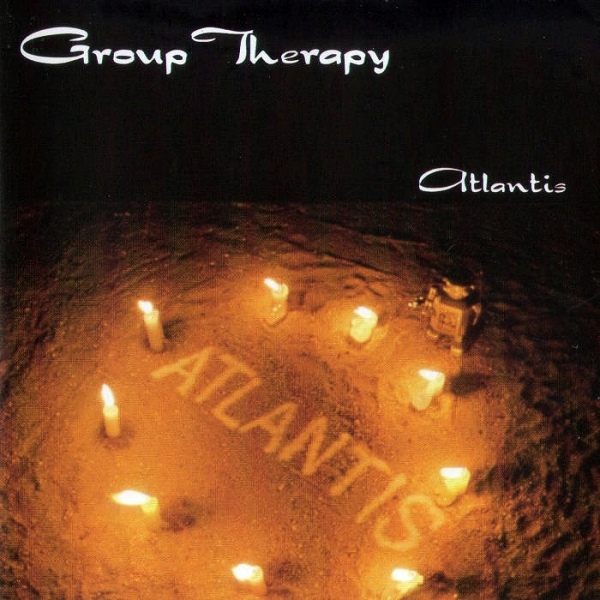 No this isn’t the California band Atlantis. This is a Japanese band called Group Therapy with an album titled Atlantis. This is a seven-piece all-instrumental band: two guitarists, a flute player, drummer, bassist, soprano saxophonist, and a trombone player. Their music has a mellow Zappa-style jazz groove in a lot of places. In some sections, the sax and trombone are so far out of tune (to each other and to the other instruments!) that you wonder if they’re doing it on purpose! Seriously! It gets better on some of the later tracks, but listening to the album’s first two tracks “New Song No. 2” and “Queens of Ansett” will make you swear Group Therapy is doing some microtonal experiments. The sections where only one horn player is performing at a time are much better. All the songs are written by guitarist Hiroyuki Kitada and primarily feature the horns and guitar as solo instruments. The bass and drums are mostly pedestrian. It’s too bad the flute doesn’t get showcased more. Overall, the songs have a David-Sanborn-Sunday-morning-jazz-radio-show quality about them. The tunes are more platforms for the soloists than groundbreaking compositions in their own right. If you can get over the routinely-out-of-tune horn players (obviously I can’t) and you like more mellow jazz fusion, this might be for you.