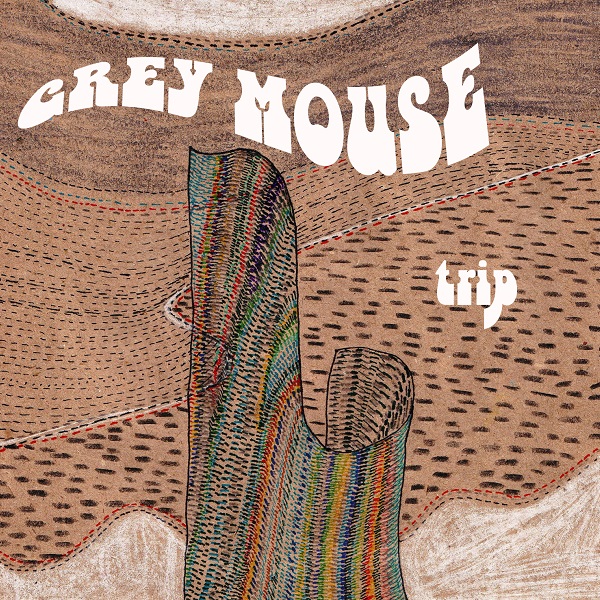 OK, so one of the tracks was on the Trail label sampler Psychedelic World Music: Discovery, and the title is Trip — psychedelic space rock, right? Good guess, and with some minor caveats, good music too. In tried-and-true fashion, it starts out with atmospheric echoes and quiet indistinguishable sounds, like you might here deep within the bowels of a giant starship while the crew is in suspended animation. But as it builds, you realize there's something going on that doesn't bode well for the future of the mission. A screen on the wall flickers on with a distorted broadcast from Earth. What's that? A soccer game? I think I hear the crowd chanting. Then a lonely harmonica ushers in the real music, but it's spoiled when a woman yells, "Hey! Shut the fuck up!" This track, "Villain," alternates spacy melancholy parts with a heavy rock riff, with obscene shouting as the transition. Normally I'm pretty immune to swear words in music, but in this case, the song is rendered nearly unlistenable. Fortunately, that's the only real misstep on Trip — once you're past that, you get some killer rocking riffs, some great trippy sitar, strong female vocals, and a nice balance of tempos and moods. Two tunes top the nine minute mark, but nothing is so long as to wear out its welcome. The players are loose when they want to be, tight when they need to be. The vocals sometimes fall to spoken-whispered mutterings that are near-impossible to decipher, but set a good mood, as on "Lullaby," where they are backed by sparse bluesy guitar and droning didgeridoo. So break out your substance of choice, turn on the lava lamp, and take a trip with the Grey Mouse. Might want to skip track 2, though, unless you really want your buzz harshed.

High Wheel - Back from the Void – The first thing I thought of when I put this CD on was "Echolyn with a German accent." That sums High Wheel up pretty well (at least superficially), but it doesn't tell the whole story. I don't know...  (2003) » Read more