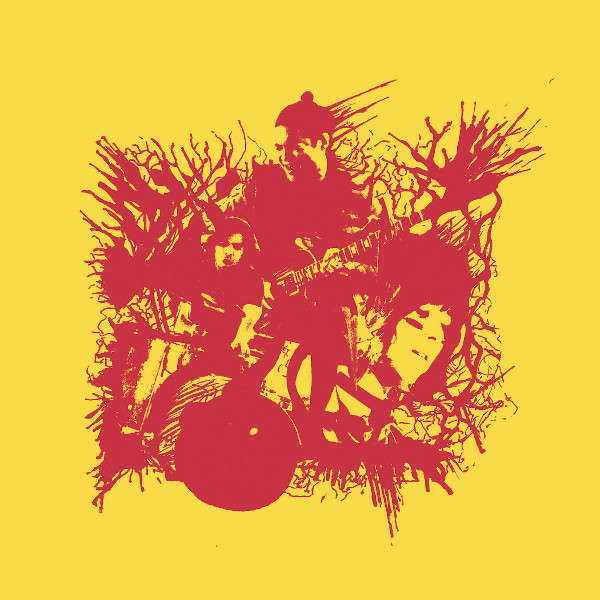 Music that slips between the cracks of conventional genres is my specialty, and Grex is an Oakland, California band that certainly fits that bill. Karl Evangelista and Rei Scampavia are the core of the group, and on Electric Ghost Parade they’re joined by drummer Robert Lopez and a handful of guests who contribute woodwinds, brass, percussion, and cello. Evangelista and Scampavia share vocal duties, with Karl generally on guitar and Rei on keyboards, though both are credited with “misc.” Musically, they’re all over the map, incorporating some sweet melodies, jazzy improvisations, indie guitar rock, strange bursts of sound effects and noise, and more. In attitude, I’m reminded of such off-kilter bands as Helium, Blonde Redhead, and Pixies, though even more diverse than any of those. One factor common to most of the tunes is Evangelista’s deranged guitar playing, jumping from overdriven riffs to crazy atonal solos. Scampavia’s voice is gentle and sweet, providing a delicate touch to the songs she sings. The added horns are well utilized, venturing beyond mere accents and chords into avant-garde sounds that would not generally be found in pop or rock. No descriptions I can put together can really capture the wonderful strangeness of this music, so I’ll just urge interested parties to check out the link below, where this album (along with several others) is available. And check out their interpretation of John Coltrane’s A Love Supreme.

Free - Songs of Yesterday – The roots of popular blues based rock and roll are firmly tied to that of Free, a four piece act from the late 60s that had both singer and composer Paul Rogers and drummer Simon Kirke (later of Bad...  (2005) » Read more