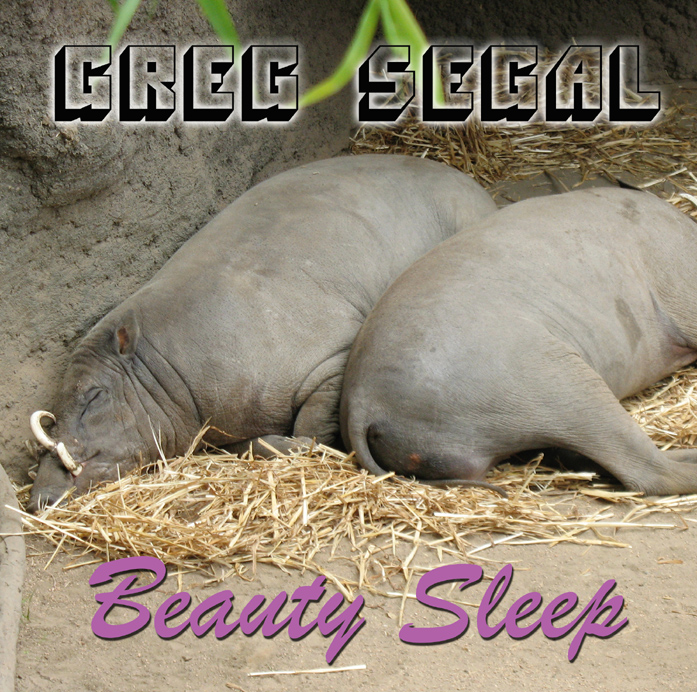 In the 80s, Greg Segal was a guitarist in the legendary Paper Bag, recording a number of cassettes and vinyl releases for the underground SST label, some of the best known being Ticket to Trauma, Music to Trash, and Improvised My Ass. As that decade closed, he started his own three piece band Cold Sky, an outlet for his compositional skills playing a hybrid of blues-based hard rock, psychedelic, and progressive styles, which eventually morphed into the four-piece Dog Neutral, with a subset of that band forming the improvisational two-piece unit (Segal and drummer Hyam Sosnow) Jugalbandi, with half a dozen releases. Concurrently, from around 1985 through 2006 Segal released around 20+ solo releases (on cassette, CD, and CDR) plus a handful of collaborations, many of which were covered in the pages of Exposé. After 2006 Segal went into a self-imposed retirement, no evidence of musical activity for the duration, but in 2015 he is back in action with three new releases (so far…), of which Beauty Sleep is the second. Segal plays all the instruments on the three featured pieces here (no vocals on this one, although the earlier A Handful of Ashes did feature them), which tend toward experimental fusion and sci-fi / horror soundtrack music, the side-long opener “A Reseda of the Mind” being an especially fruitful romp through a wandering series of instrumental vignettes; there is always something unexpected about to happen, with changes in direction at every turn, emotions flying this way and that with no telling where things will go next, with a couple sections near the end seemingly inspired by classic Crimson. The title track is second up, the shortest of the three at eight-plus minutes, opening with a spooky sounding theremin figure, following with piano abstractions, drums and more, as the piece wanders through epic soundtrack territory; you may find yourself deep in the forest after dark with only the flashlight in your mind working, painting hallucinations as you walk the lonely path. The closer “It Ain’t Gonna Work” opens with some strange wandering electronics and a drum rhythm that comes in out of nowhere, disappears and then returns, again featuring a strong motion picture soundtrack sensibility. A welcome return for Mr. Segal, and as always with his releases, one never knows what to expect.