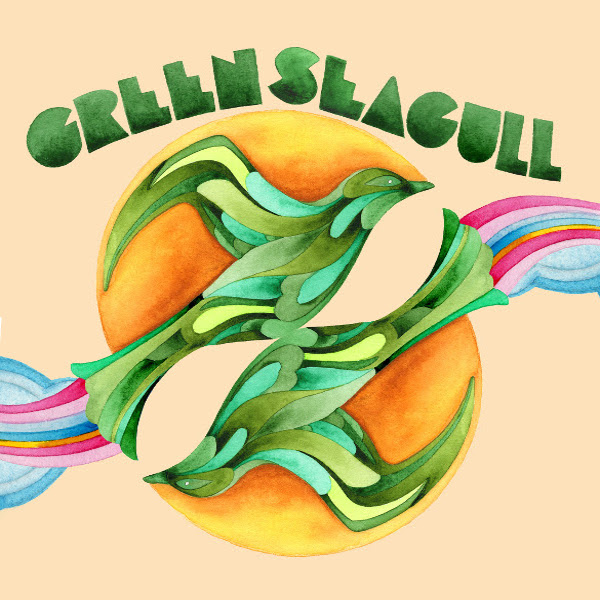 Taking their name from a mis-heard Rolling Stones lyric, Green Seagull are the latest band to burst out of London's burgeoning neo-psych scene. A shared love for late 60s baroque psych and 12-string jangle brought Paul Nelson and Paul Milne together last year to write songs. And before long they had crafted more songs than they knew what to do with, so they recruited Sarah Gonputh (keyboards) and Carlos Redondo (drums) to form Green Seagull. They started recording demos on an old cassette 4-track that immediately grabbed Mega Dodo’s John Blaney’s attention, who immediately signed them to the label. On June 16, 2017, Mega Dodo releases a Green Seagull single with two songs “Scarlet” and “They Just Don’t Know” and then a full length album by the end of the year. So what does this 5 minutes 58 seconds teaser sound like? “Scarlet” is a dreamy psych song with trippy organ that has a Pink Floyd “Lucifer Sam” vibe. And “They Just Don’t Know” is a high energy take on The Byrds’ jangling guitar psych recalling “I See You” from Fifth Dimension. These two refreshing songs leave you hungering for more and their album cannot come soon enough!