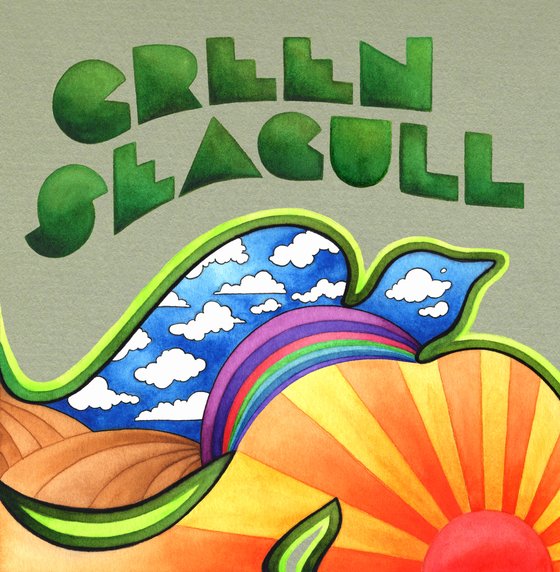 It was only this past June that Green Seagull released their debut single on Mega Dodo Records. Now, three months later, we have a second 7-inch single. Side A contains “(I Used to Dream In) Black and White.” This an excellent trippy psych pop tune that captures the essence of 60s psych with jangling guitars and beautiful vocal harmonies. Side B is “Not Like You and Me,” a West Coast psych song with more similarities to The Byrds and Roger McGuinn’s jangling guitar. There is also a trippy organ line running in and out of the tune with some similarity to ? and The Mysterians. Here we have another teaser from Green Seagull in anticipation of their upcoming full album release. So until then, snag a copy of this single and experience a short snippet of a 14 hour technicolor dream.