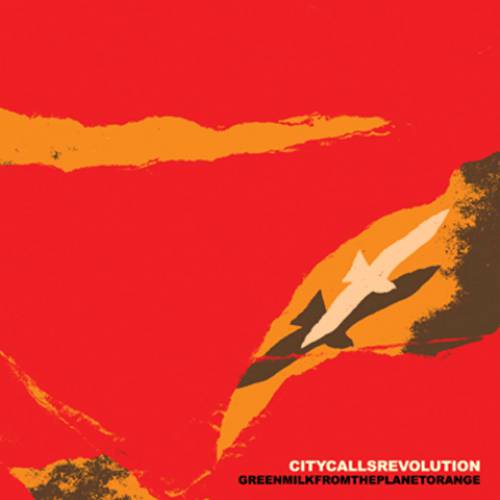 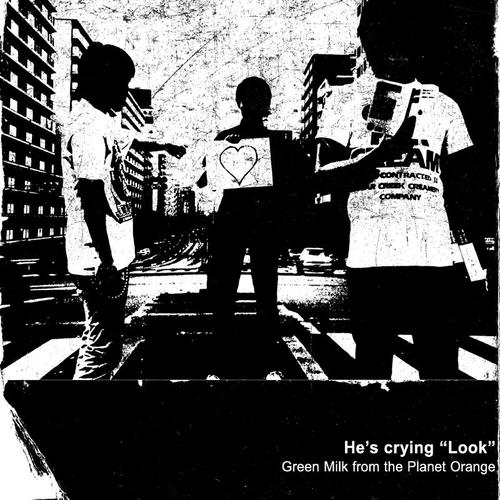 This Japanese trio really does seem to hail from another planet. While there are echoes of psychedelic German jams from the 70s and alternative noise acts of the 80s, the mixture is thoroughly unique. After a pair of self-released recordings, they hooked up with the American Beta-lactam Ring label, and the first product was He’s Crying “Look”, which presents new versions of some of their earlier material along with a couple new tunes. Their modus operandi is well-established right from the beginning: long, wandering tracks (three of the five over 15 minutes) full of twists and turns; spoken, whispered, or screamed vocals; freaked-out guitar; periods of atmospheric knob-twiddling; and an incredible sense of dynamics. “U-Boat” is probably my favorite here, with its fast triplet beat and a kind of walking bass line. From time to time I am reminded of some of the extended jams I’ve heard on live Hendrix albums, where the trio takes off on tangents after getting through the main part of a song. The main difference is in the vocals, as no one from Planet Orange can really sing.

City Calls Revolution does not present any material differences, basically more of the same great stuff: four tracks of kick-butt space exploration ranging from seven to 38 minutes. “Demagog,” at a mere eight minutes, presents a concise version of what the band does, and also a welcome change from the longer pieces. “A Day in the Planet Orange” goes the opposite direction; it’s their longest excursion yet, and unfolds slowly from a lovely floating beginning of long chords to a mellow mid-tempo vocal section, then a sprawling guitar solo that builds up and eventually falls apart into a chorus of echoes. This crescendos to a noisy peak which phases into a quiet section with whispered words and jazzy drumming, which is interrupted by a telephone ringing, one side of a conversation, a loud scream, and a frenetic section of pure chaos. This works its way into a fast riff with the bass and guitar together before the guitar takes off again. You get the idea. Wonderful stuff.