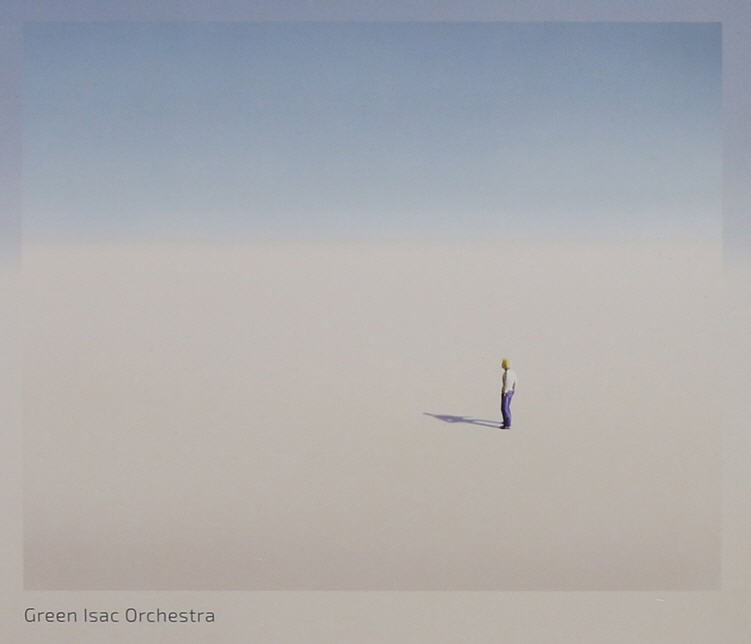 Those who have followed Green Isac from ther very beginnings – the Strings & Pottery album from 1991 – have witnessed plenty of growth and evolution over the last 25 years, beginning as the duo of Morten Lund (guitars, bass, keyboards, flute, etc.) and Andreas Eriksen (world percussion, keyboards, electronics) with a simple concept of creating an ethnic stew fusing rhythms and electronics, later adding more ideas and instruments to that concept, along with additional guest players as needed to realize the development in progress over the course of five studio albums. Last year the group officially expanded to a five-piece, now including longtime collaborator Tov Ramstad (electric cello), and relative newcomes – since 2014 release Passengers – additional percussionist Frode Larsen and keyboardist Jo Wang, allowing Lund to concentrate on guitars. And with that change, they became Green Isac Orchestra. The three newest members also participate in the group compositions, adding a whole new dimension to the group concept, with new melodic richness and exotic trancelike rhythms. The shaded hues and brilliant colors of their melodies are underpinned by innovative rhythmic play borne of world percussion, the standard drum kit, and electronics, bringing together elements of minimalism, jazz, and global fusion. Having a second percussionist in the group further underscores their vision and brings new dynamics and expressive power to the group’s otherworldly instrumental sound. There’s plenty here in these seven tracks to satisfy the tastes of the discriminating and adventurous listener.