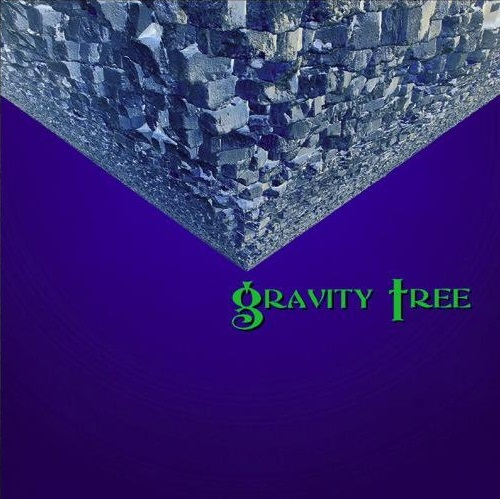 Gravity Tree is one of the more interesting progressive bands around, a duo who covers all the instruments of a four piece band, plus vocals; and they do this live too. Guitarist Linc plays a combo-guitar that has both bass and guitar strings, and separate pickups for each, allowing him to play both parts simultaneously. Drummer Alan Nu handles a keyboard with his right hand and drums with the other, as well as using various drum controlled triggers. The result is an amazing full band sound from just two players. Both provide the vocals. Some readers may remember "Aim to Please," their contribution to the Bay Prog Sampler disc that was included with issue #24; in fact that song has gone through further refinement in the years since and appears here on this, their second album, along with nine other original compositions. Their material bears a stamp of currency, yet also features the conceptual ideals of classic progressive rock. Their influences likely include Zappa, Happy the Man, Van der Graaf, and Gentle Giant, which they assimilate well as they explore new musical territory; most of the songs are long and labyrinthine, and rarely settle down into a pattern for very long. In that respect, I am reminded of another current band, The Underground Railroad. Familiarity with Ultimate Backward will require a few repeated plays, but over the haul the listener will be rewarded. This is a solid second effort.

Dave Cousins - Secret Paths & The Boy in the Sailor Suit – Cousins' latest two solo releases have the masterful Strawbs leader and songwriter in two very different settings, yet his muse is entirely comfortable in both. Throughout these two discs, his...  (2008) » Read more