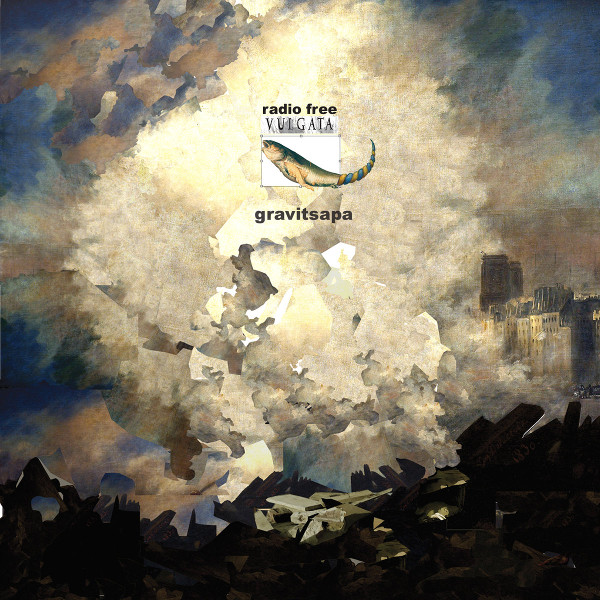 This release on Tenzenmen collects together this Ukrainian band’s two Bandcamp EPs from 2013, Radio Free Taxipod (tracks 1 - 4) and Vulgata (5 - 9). Within a few seconds of hitting the Play button, it’s apparent why Tenzenmen wanted to give this band a little push – it’s an engaging take on math rock, energetic and tricky, with two independent guitar parts, growling bass, and off-kilter drumming. It’s not as noisy as Astolfo Sulla Luna, but it’s far from the sterility that some math-rock bands exhibit. Coming at the band from the progressive rock viewpoint, it’s rather like a punkish take on Discipline-era King Crimson. Most of the tracks are purely instrumental and on the brief side, with only one of the nine topping four minutes. And while most of the guitar tones are on the distorted side, a variety of effects are used to keep it interesting. There are some really interesting voicings on the guitars as well, certainly not averse to dissonance – in fact, you’d be hard pressed to find a standard major or minor chord anywhere in this collection. In spite of their seemingly casual delivery, they manage to stop and start on proverbial dimes and change tempo in perfect sync with each other. My only minor complaint is that the recording quality is a bit variable, with the drums at times a bit muffled, but it’s not so lo-fi that the impact of the music is harmed. Gravitsapa is the most interesting thing I’ve heard from Ukraine in quite a while.