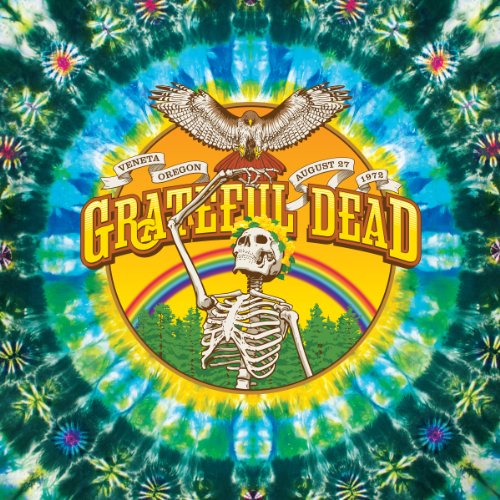 I didn't like the Dead that much growing up as a youngster and to this day I'm still not too fond of their 80s and 90s work. But around 2000, I thought I'd give the band a try again and bought Europe 72. First listen I was still kinda eh (are these guys country?), but then by the third or fourth listen it clicked for me in a huge way and I've never looked back. The Dead were a live band so it's never been a good idea to judge them by their often inferior studio albums. Instead I started checking out the ongoing Dick's Picks series which I came into roughly in the middle of its 32 item run. Anyway there are certain dates of theirs that are considered holy grails and this Veneta 8/27/72 show is one of them. I'd have to wait a decade or so before it finally was released on CD and could add it to this tier. Lots of people have pretty strong preconceptions of what the Dead is actually like (such as the joke, "What happened when the Dead fan got sober? Ugh, this music is terrible"), but then I can throw on "Bird Song" from this and watch the embarrassment begin. Because at their peak, and 1972 is arguable their peak or at least one of them, the Dead were probably one of the best live bands out there. Even in extremely hot weather and having trouble keeping their instruments tuned, they had a sense of intuition and group telepathy that you'd usually only find in jazz. I think this is also probably the best "Playing in the Band" and one of two or three of the best "Dark Stars."