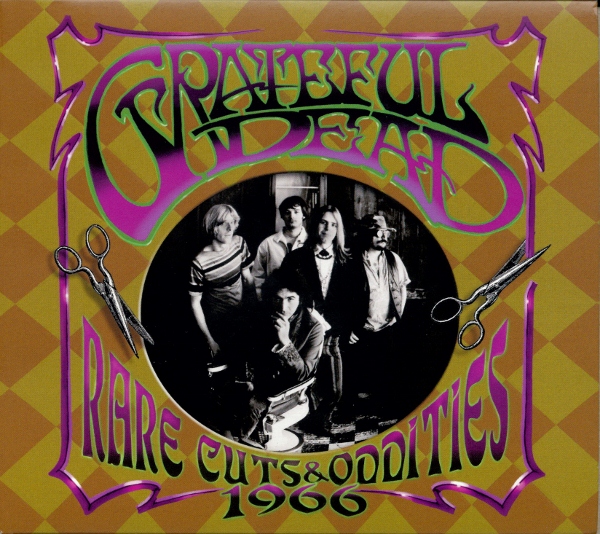 This collection of rare live and studio material that pre-dates the Grateful Dead’s first eponymous album by a year or more was briefly available when it was first released in 2005 on the Dead’s own label, and immediately went out of print, commanding prices of upwards of $150 or more on eBay. Before I was prepared to open my wallet wide and hand over a good portion of a paycheck on this, I wanted to know a little more about what this material was all about; after all, the Golden Road boxed set from 2001 of all the Warner Brothers albums contained the exclusive two-disc bonus Birth of The Dead, that contained early demo and live material of roughly the same vintage. Was Rare Cuts material duplicated on that set? Fast forward to 2013 and suddenly this single-disc compilation is available again, thanks to Rhino, at a price that anyone can afford, and indeed I’m happy to report that all of the material here is exclusive to this set. Those who can appreciate the more basic blues-rock, electrified traditional folk, and pre-psychedelic ‘garage band’ sound prevalent on the Dead’s first album from 1967 – there aren’t that many of us – will find plenty of interest here, which includes various studio demo, rehearsal and live recordings leading up to their signing with WB. The 78+ minutes of material here has also been released as a double LP set, the first LP containing the demo and rehearsals, the second containing all the live material. A mix of covers and originals, the Rolling Stones’ influence is undeniable, as much of their early repertoire is here (“King Bee,” “Empty Heart,” “Not Fade Away,” “Walking the Dog”), but also worthy of note are the early Dead’s interpretations of some folk standards like “Betty and Dupree” and “Silver Threads and Golden Needles.” The originals offer a look at the formative stages of some of their better early cuts like “Caution (Do Not Step on the tracks)” and “Cream Puff War,” and a rare Pigpen original composition “You See a Broken Heart.” For fans of the early Dead sound, Rare Cuts & Oddities is an essential piece of the puzzle, and is now available again at an affordable price.