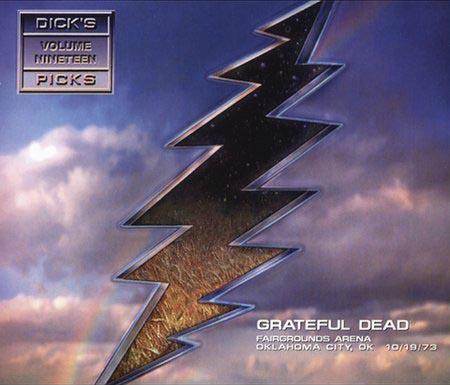 This was a very early show for me, right after I started getting into the Dead and started diving into the Dick's Picks series. Back then the count wasn't yet very high for official releases, and this may have been the only 1973 show available off the trading circuit, and it's one that really got under my skin. It's actually a show that kind of gains traction as it goes, the Set 1 almost doesn't earn this the place on my list, not that it's bad but it's rather typical of this era. The band had just released Wake of the Flood and with it a lot of new songs started hitting their show lists and they were just running a mix of shorter songs. But once "Playin' in the Band" starts up on disc two this starts getting into transcendent territory with a solid "China Cat" > "Rider" and "Mississippi Half Step Toodeloo" and then gets absolutely incredible on the "Dark Star > Mind Left Body Jam" on disc 3. But it's perhaps most notable for having maybe the most perfect tempo for the "Eyes of the World" ( > "Stella Blue") rendition, which could be my all time favorite by them. Later on they'd speed it up and I don't think it really worked all that at quicker tempos, this one has it just right.