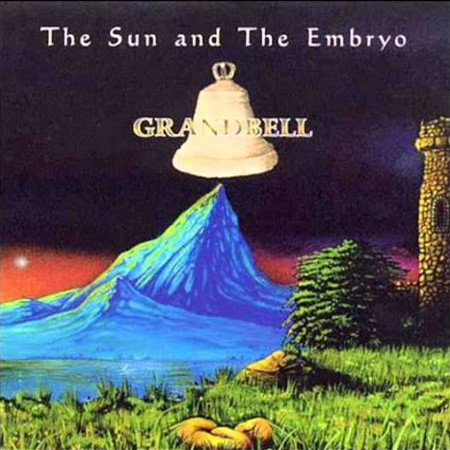 My immediate snap-judgment upon first listening to this was "Yes-clone." This was mainly based upon hearing vocalist Renato Jardim, who is unapologetically influenced by Jon Anderson. Subsequent listens revealed subtleties I'd missed the first time round. Grandbell's instrumental backbone is composed mostly of acoustic guitar and flute. Electric guitar makes sporadic appearances, but it's mostly 12-string acoustic that I'm hearing. Keyboards are used in a quite subtle manner. They are all over the place, but rarely do they scream out and call your attention to them. Keyboardist Henrique Kunz is also credited with "programming," and he obviously put lots of thought into it. I was especially impressed with a very convincing harpsichord sample used on "Phoenix's Springtime" and a few other tracks. In the musical world of Grandbell, melody wins out over complexity; in itself not bad, but one gets the feeling that they're making it too easy on themselves, especially on the later tracks such as "Spiral." One also gets the feeling that the album is a bit padded (at something like 80 minutes, it could have been much shorter and just as good, if not better). Still, Grandbell have surely started out on the right foot with this, their debut release. I look forward to hearing more from them in the future.