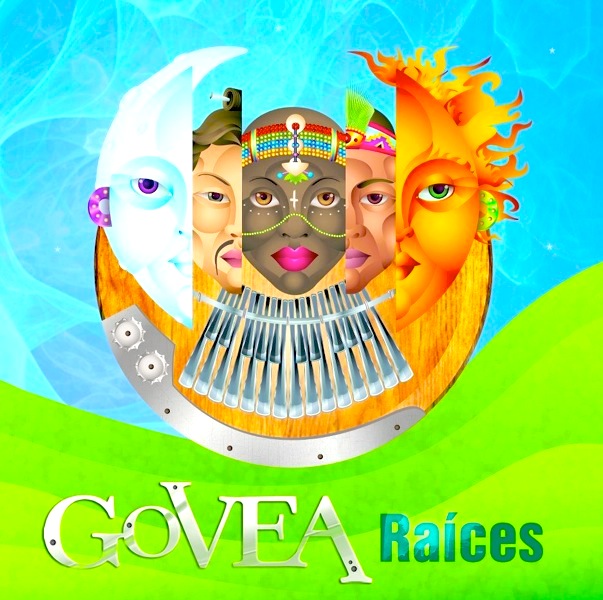 Raíces is the follow-up to Govea's 2009 debut Danza Urbana. Somewhere in between there was a DVD (titled Danza Urbana also) that featured most of the material on the debut, plus some extras. Bandleader Salvador Govea commands this entirely instrumental trio of keyboards, bass and drums, the latter played by Luis Arturo Guerrero and Pedro Galindo respectively (Galindo replacing original drummer Victor Baldovinos). A little background: Salvador Govea is classically trained and employed at the Conservatorio de Música del Estado de México, but the entire lineup is comprised of top notch musicians. On hearing Govea's music, one may be at first reminded of great classic progressive keyboard dominated bands like ELP, Trace, PFM, Le Orme, Metamorfosi and others – indeed the instrumentation mix is the same, with prominent classical influences, but Govea is not just another me-too band, and brings plenty of their own ideas into the picture, including additional complexity and density, a penchant for avant-garde ideas, both in the basic compositions and the arrangements, and the strong influence of Mexican folk music can be heard on many of the pieces. In fact, the more one listens to this, the less Govea sounds like any of those aforementioned bands. The seven cuts are bracketed by the eight-minute opener "En Busca de la Raíz" and the three-part closing suite "Duelo," both of which offer an impressive collection of compositional ideas. Also included is a re-worked "Intersecciones" from the debut, and the busy, ethnic flavored involutions of "Neocórtex," penned by Galindo. Overall, Raíces is a big step forward for this outstanding Mexican band.